An Argument to Change the NCAA Tournament

Share All sharing options for: An Argument to Change the NCAA Tournament 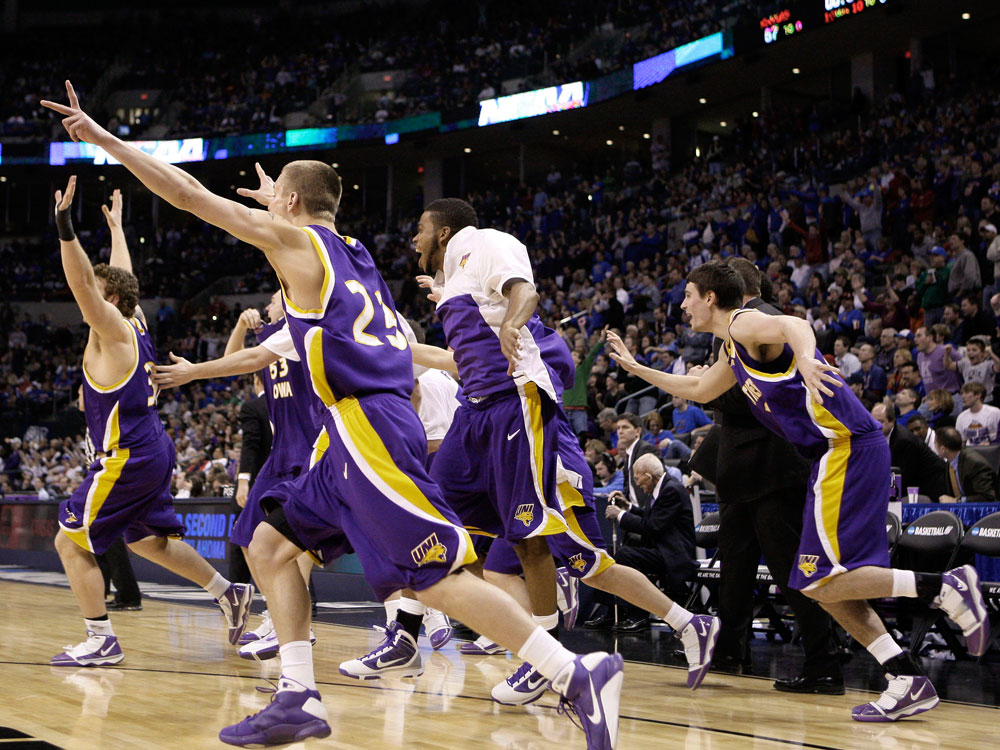 I get it. The NCAA Tournament is great. Even if I didn't think it was great I would know it is great because everything I read/hear/watch concerning the tournament drills its greatness into my frenulum1. Constant usage of phrases like "most exciting sporting event of the year", and "can't miss television" (also the suffix "-ology" gets used a lot) have put the exclamation point on it better than I can in this one writeup. It is uber-exciting. I am not here (yes 'here'.. in person) to argue that March Mayhem isn't exciting (it is), but I think I can argue that the excitement of the tournament exists at the expense of its fairness. And one thing I have proven time and again, is that I am an advocate for fairness. Fairness and lowering the age of consent.

1I hope I am using the right word here. The frenulum is a part of the brain right? The part that attaches the foreskin?

The ultimate goal of a sport is to provide excitement to its fans through a season spent determining its best team. It is this balance of excitement and competitiveness that makes a sport entertaining. When a sport leans too far one way or the other, it loses its appeal. 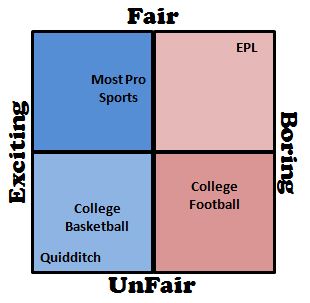 Check out this quadrant2 graph. The goal is obviously to be as close to the top left corner as possible. To make the sport fun and exciting while still keeping a level playing field to determine the best team. When a sport strays to either the bottom or right of the chart, it will lose either credibility or appeal.

2A giant middle finger to everyone that said majoring in graphs wouldn't get me anywhere.

For example: It would be super-exciting to, at the end of the conference tournaments, take every college basketball team and put them in a cage full of lions. Then whichever team is the last standing is your national champion. But how fair is this? Quidditch seems like the most extreme example of exciting without fairness to me. Am I right muggles? (sorry) All these dudes compete like hell for a long time... then the game is abruptly ended because some other dude a mile away caught a bug. Sure it's exciting, but is that really a fair way to decide who is better at this game? (Sorry for the Harry Potter reference. I am looking to snare that elusive 10-14 year-old that time traveled from 2003 demographic.)

On the other side of the spectrum, EPL has a very competitive 38 game season where every team plays every other team and most points wins the league. This would be the most fair scenario but removes the excitement of a playoff. Also it's soccer and thus super un-American. Like healthcare reform.

Am I saying all playoffs are unfair? Sorta. They are less fair than having everyone play each other a few times and then crowning the team with the best record as the champion. But I wouldn't say playoffs always fall into the "unfair" category. The proof of this would be if someone was to ask you "Who won the Big 12?". You would answer with the team that finished first in the standings, not the winner of the Big 12 tournament. (assuming these are 2 different teams)

The issue with the NCAA Tournament is that game to game, basketball is not a stable enough sport to have a single game decide so much. While the better team wins a majority of the time, a hot shooter, a cold shooter, one poorly timed bad call, one lucky shot, and a variety of other small factors can easily determine the outcome of a single game. So why is a single elimination tournament the determination of the champion of such a sport?

Because the NCAA Tournament is not meant to entertain NCAA basketball fans.

It is the ultimate representation of an ADD fueled entertainment industry. Someone that did not invest a minute of their time throughout a 4 month season can fill out a bracket, sit and root for upsets, and have a better experience with the tournament than I ever will. While they are rejoicing in the 2 minute connection they feel to those scrappy kids from Northern Iowa, I am upset that teams and players I have grown attached to over the course of a season are no longer going to be playing, often because of a few fluke circumstances.

To this day, long after the buzz my Mom felt for Northern Iowa and Cornell has faded, I am still unbelievably pissed off that the last I will see Obi and James in a Cowboy uniform was in a mess of a game that involved 2 underrated bad calls at the end.

The Gulley foul and the subsequent no-call on James' drive at the end of the GT game decided the outcome. 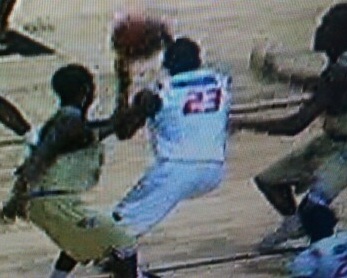 This can happen in basketball and we accept it as part of the game but, if the tournament were a double elimination bracket or some sort of "best of 3" for each round these fluke events wouldn't determine everything. The excitement would still be there, the tournament would last a week or 2 longer, and the outcome should be a little closer to fair. Since I know all my readers can make this decision let's go ahead and get this done.