Share All sharing options for: ZRob Meets His New Coach 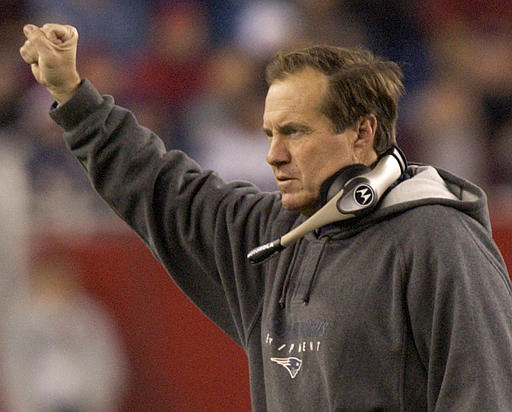 What follows is the fictional account of the first meeting between ZRob and his new coach, Bill Belichick. As no one else was in the room none of this can be proven, however I think the fact that I think this is what happened makes it pretty close to reality.

Zac walks into the office where he sees Bill sitting behind a desk staring at some papers. He looks up, smiles, and invites Zac to take a seat. Zac collapses into the chair in front of Bill's desk.

Bill begins speaking: "Hey Zac, welcome to Foxborough. I just wanted to have a quick conversation so we could get to know each other a little better."

"The main point I want to stress is that I like to run a pretty tight ship. That’s not to say I am a complete hardass. You can disagree with my ideas, you can come to me with your own ideas, but at the end of the day.. I am the boss. Is that gonna be a problem for you?"

Bill continues: "I have heard nothing but good things about you from Coach Gundy and so far they all seem to be true. I am really looking forward to us working together."

The coach walks around the desk and places a reassuring hand on Zac's shoulder.

"Now Zac, do you have any questions for me?"

Zac ponders this for a few seconds, tilts his head up, looks into Coach Belichick's eyes, and says: "So this Tom Brady kid…. He any good?"

Bill returns a confused look and says: "um .. Yeah. One of the best."

"So how are we going to embarrass him into leaving?"

"The fans are not going to get behind the decision to make me the starter unless we humiliate Brady… does his Mom feed him chicken?"

"What? I don't even understand your question Zac… it's ridiculous."

"True… this is the northeast…. Maybe she feeds him syrup or chowder or something?"

"No." Bill says bluntly, now staring sternly into Zac's eyes, hoping to stop him from continuing this dialogue.

Unabated, Zac continues: "Well its not like you have to say she does… just leak it to the press… let them handle the story… then you go on some crazy tirade under the guise that you are defending your player when in reality you are humiliating him to the point that he just wants out of the limelight. Then I'm the starter.
Come on… this is standard stuff. I thought you were a veteran… how do you not know this?"

"I'm not listening to any more of this." Bill stands up.

"Say Bill.. .why are there no girls in this town?"

Shocked at the quick change of subject, Bill quickly responds: "What?"

"I have not seen a single girl since I got here."

"They are everywhere!!! Take a look around!"

"I don't get it. In Stillwater they always say hello to me." 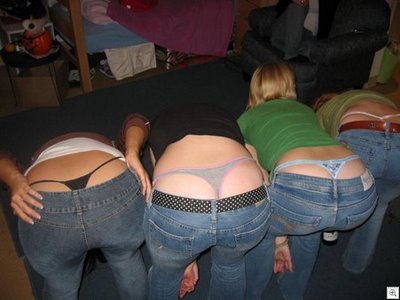 "Anyway.. This place sucks. Let me know when you are going ahead with the plan to embarrass Brady. I'm gonna hit a flight back to Stilly for the night to relieve some finals tension."

"You aren't taking any finals. What is wrong with you?"

"It means fuck girls. Basically everything I say is code for 'I'm gonna go fuck some girls.'
Anyway Coach…thanks for the talk… I'll see ya at drills tomorrow."

With that Zac turns and walks out of his new coach's office.

After a minute spent in deep thought, Bill's head rises and a sly smile spreads across his face. The realization that even with the personality conflicts, disagreements, and smugness, the fact that Zac will be at workouts tomorrow tells the coach all he needs to know. After all, boys will be boys and what really matters is that Zac is committed to this team and to winning. So what if he hasn't learned his place yet. He wouldn’t be the first rookie to come into camp with a big head.
"The kid's gonna be alright." The old coach mutters to himself and falls back into his chair.

Just then Zac pokes his head around the doorframe. "Hey coach. You do know that when I said 'see ya at drills tomorrow' it was code for the other thing? I figured since you're new to all this I should come back and clarify."