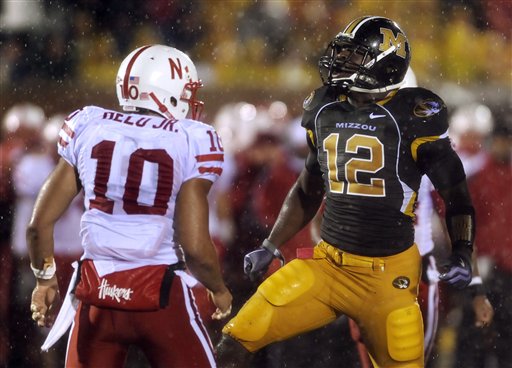 Will this classic rivalry leave the Big 12?

After spending decades indoors working on their un-tans, the Big 10 has finally decided to make a play for two of our Big 12 North brethren (as well as a couple of other schools I have never heard of). While all the other news outlets (are we a news outlet?) are debating whether Nebraska or Missouri will leave the Big 12, at wastedoptimism we are just excited that they left us Iowa State. Thank you Big 10 conference for not trying to steal away the jewel of the Big 12.

So let's assume the move happens. How does this affect the Big 12?

Overall, you would have an easier time finding a female that doesn't think the Lady Antebellum song "Need You Now" was written specifically for and about themselves than finding someone that thinks this is a good thing for the Big 12. I know that it could lead to some overall conference realignments that could benefit all the current Big 12 teams, and I know that we like to make fun of the North, but honestly this move has to scare us. These other power conferences and their TV deals (and sometimes entire networks) are looking to make college football about money. (And one thing I have always respected is that college football has never been about money. It is about kids out there working their butts off and getting a good education. - Hi, I am an 81 year old naive fan that misses the days of Red Grange).

When it comes down to money issues the Big 12 is unfortunately lacking. We don't have as many big enrollment schools in the Big 12 as the other power conferences, hence less alumni, hence lower TV ratings (2 hences!). We don't have AS lucrative of a TV deal. There is a striking power imbalance between the North and South. What we have are penalties for leaving the conference, which really is the only deterrent at this point.

Well, we will see I guess. For now, we have at least one more year of Pelini tweets, one more year of Missouri's "every guy we have is 6'7" and can run for 90 straight minutes" style of basketball, and a lifetime of Iowa State football.