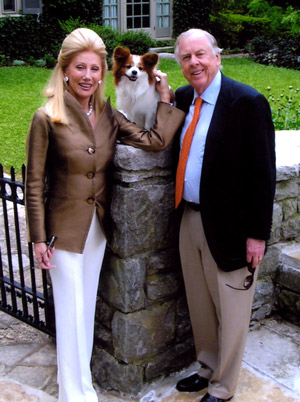 I dip my balls in gold for moisture

Here's more from our favorite alum...

What have the last couple of weeks been like?
"It went just like I wanted it to," Pickens said. "... I wasn't keen about hooking up with the Pac-10. So anyway, I’m happy about it. I like it. I'm kind of glad to get rid of Nebraska and Colorado."

On reports that the Pac-10 might have had second thoughts about inviting OSU and whether Pickens had heard that?
"Never heard that," he said.

Why did you have reservations about the Pac-10?
"How are you going to go into the Pac-10. The Pac-10 has been there for a long time..." Pickens said. "I don't like being the stepchild of the Pac-10... You hook up, what do you hook up to? I'd rather stay where you are. Better the known than the unknown is the way I feel about it."

How do all these Big 12 schools get back together?
"You say all these schools, there's only one – it’s Missouri," Pickens said. "The rest of them that didn't like the Big 12 are gone, and that’s fine with me..."

At one point there was a belief that there might be enough Big 12 votes to kick out Missouri. How bad was the acrimony toward Missouri?
"I’m not interested in kicking somebody out," Pickens said. "If Missouri signs up, and says that they're on board, we’re all pulling the same direction, that's fine with me. I don't carry grudges. And I’m not out to get anybody. I think Missouri probably learned a lesson, and they'll be a good Big 12 minus two school."

To find out more about T Boone Pickens, visit

(I'm trying to get an interview)