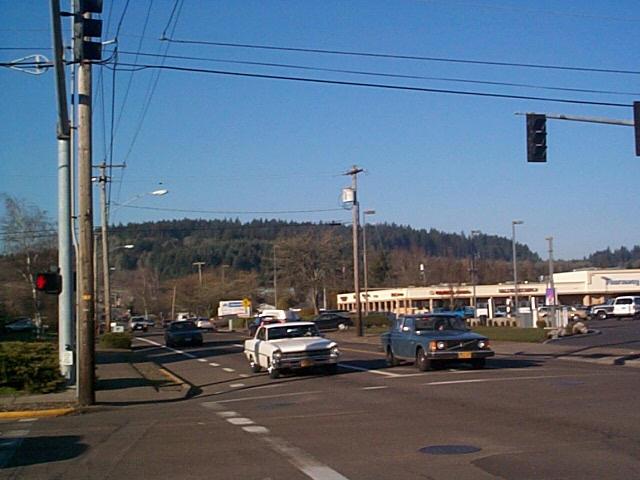 Pac-10 country is so exotic

Over the past week (since the Big XII issue was "settled"), I, like most of us, have been following message boards, listening to sports radio, and getting sucked into conversations with casual sports fans at the strip club, all still centering on the topic of conference realignment. Out of these interactions, something I have noticed is a strong undercurrent of folks of the opinion that by turning down conference expansion offers, the Big XII south teams, and their fans, missed out on an opportunity to be involved with more powerful teams that play in more exciting locations. Inevitably these arguments are made by pulling a Governor Jay Nixon trick and comparing the worst of the Big XII to the best these other conferences have to offer.
"This sucks...now we have to keep playing Iowa State and Baylor instead of USC or Alabama... and we have to go to dreary old Manhattan instead vacation destinations like Seattle or Florida."
While these statements would be universally agreed upon, I feel like those espousing these opinions are 1) not being at all fair, and 2) suffering from a "grass is always greener" complex that I would like to address.

Click the jump for the rest of my one-sided argument.

(This is the part where I should note that I cannot deny the argument that a sixteen team super-conference would no doubt be comprised of a higher level of talent. But I am not arguing against super-conferences. The only argument I want to focus on is that the Pac-10 and/or SEC are more exciting, and/or more talented, as they stand right now. The perceived notion that if one school were to move from the Big XII to either of those conferences, that school would immediately be involved with better talent and/or more exciting locales.)

Now, in order to rid this post of the straw man element, let's use this TW article for reference. The article contains the following quote from Austin talk radio host Ed Clements who is speaking on behalf of Texas fans:

"They want Notre Dame, Michigan or somebody really, really good," Clements said. "They say they're paying high ticket prices but are sick and tired of just seeing Iowa State, Missouri and Kansas."

Another section details A&M fans feeling upset at missing "a chance to join the most powerful football conference in the land in the SEC and get out from under Texas' shadow."

My main, and only, counter-argument to this viewpoint is; although this may come as a shock to the referenced posters on Texags, whoever these callers are to Ed Clements radio show, and many of the OU and OSU fans from your office; every BCS conference has their share of unsuccessful football programs, and campuses that are located in shit-splat towns. For example, joining the SEC would earn your school the honor of competing with football powerhouses such as Kentucky, Mississippi State, and Vanderbilt, and road trips to exotic locations like Baton Rouge, Starkville, and Alabama. Meanwhile, the excitement of moving to the Pac-10 would have resulted in riveting match-ups with Washington State, Arizona State, and Stanford, and, while the Pac-10 is considered to be in a more upscale part of the country, rural Oregon and Washington aren't exactly the cure for boredom, and most of LA and Phoenix would be described less as scenic, and more as homicide-y. 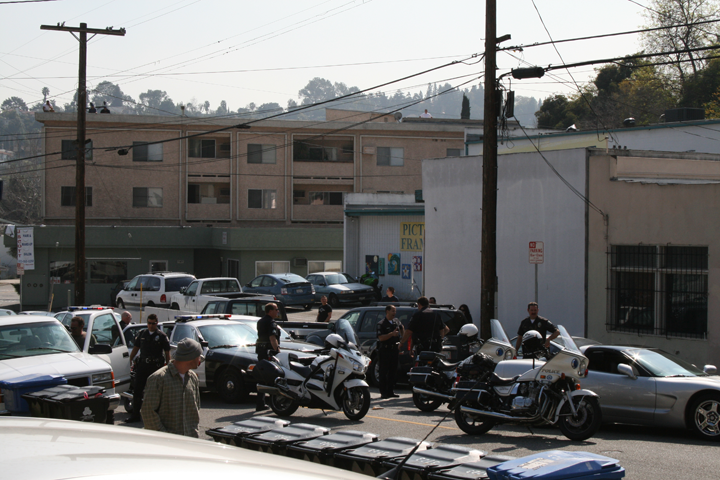 Notice that I am not even defending the Big XII. I know, and accept, that there are less than stellar programs here, and towns that will never appear on the Travel Channel, but I also know that the grass isn't any greener in any other conference. And the thing is...THIS IS HOW IT SHOULD BE (all effing caps). No one wants their team to play elite talent every week, and while bigger cities have exciting aspects to them, they lack the charm that a small college town provides. This is why all BCS conferences have their share of historically good, mediocre, and bad football programs, and why they all feature schools situated in cities of varying sizes, demographics, and cultures.

As sports fans, and hell as people, we love to have all-consuming numbers, and smart sounding analysts, definitively tell us who is the best, and where the rest fall into place behind them. The problem is that we tend to only look at current rankings and forget how cyclical teams, and conferences can be. So ya, the the last few years the SEC has typically rated as the #1 football conference, with the Big XII falling anywhere between 2nd and 5th, but it wasn't very long ago that this wasn't the case.

I think we all get the point here. While things are not perfect in the Big XII, they are not perfect anywhere, we just aren't close enough to those other situations to focus on the imperfections. And even if they could attain perfection, history has proven that it won't last all that long. So enough looking for greener grass...we have a lot of beautiful bermuda here, and while we may not have enough fertilizer to throw on those brown patches in Waco and Ames to win Lawn of the Year... I'm damn sure that we can play some strip-croquet in this backyard just as well as in the swamps of the southeast, or in the deserts west of us. So join me in expressing pride in our own yard. Let's water it daily, put up some "please stay off of the grass" signs, then let's beat the shit out of those neighbors that keep letting their dogs crap on our lawn.