Share All sharing options for: WO Recruiting Update: JW Walsh 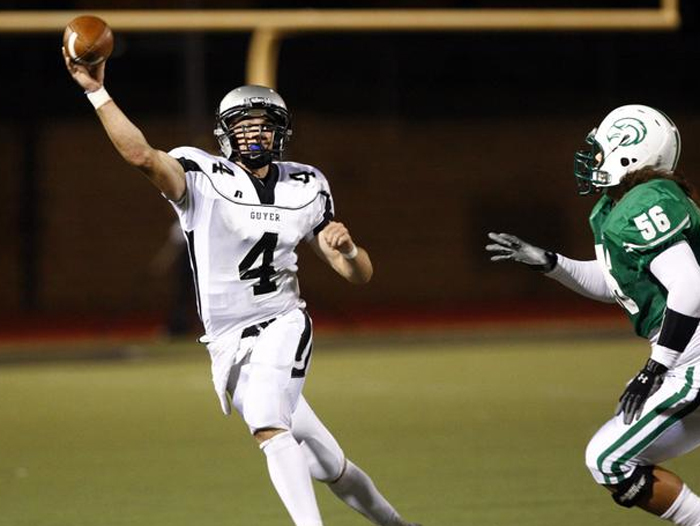 The QB of the Future?

I think it's safe to say that typically, quarterbacks who are the son of a coach are intelligent and talented in addition to being outstanding leaders on the field. That’s a pretty accurate description of Denton Guyer’s J.W. Walsh, the son of Guyer head coach John Walsh and arguably the top quarterback prospect in the state of Texas in the class of 2011

Now, I could wow you with his stats (50 TD's, 4200 Total Yards in 2009) but instead I'll share some great quotes from this kid in his short time as an OSU Cowboy and a video that shows just what a badass he is. Call it my first recruiting piece if you will...

On the details of the potential Big 12 realignment

"At first it made me mad, because I didn’t think I’d get to play against Oklahoma and Texas, our big rivals," he said. "Then my dad told they were moving the Big 12 South and I was like let’s do it. I’d like to play USC, Oregon and Cal along with Oklahoma and Texas."

On Committing to Oklahoma State

On his visit to BPS -

"It was unbelievable," Walsh said. "It’s not 100,000 people like Texas but it sounded like 100,000. You could tell the fans had fun. The atmosphere was unbelievable. The way they play there, it was something I’d never seen."

Looking forward to it JW..