Share All sharing options for: OU fan surprised at concept of "student athletes"

Oklahoma fan Clyde Nutty (Broken Arrow High School, 1998) was surprised to learn recently that Sooner football players were actually students who, in some cases, attended classes at a state university of some kind in Norman, OK.

"That's real damn strange if you ask me," said Nutty when briefed on the concept of student athletes. "I mean it seams like they're just taking away some valuable coachin and playin time for these boys making 'em sit in some classroom half a day."

A brief survey of fellow Oklahoma fans revealed the idea of having OU football players attend classes was not a popular one. Wal-Mart sales associate and fan Brian Bunson (Ardmore High 2002) was angry at the idea. "Who the hell are these governors up in Washington trying to tell our kids how to play ball? I mean, nobody ever told me I had to go to no schoolin!" Bunson's girlfriend, Chastity Gains added, "I just thought all them players was in real crappy apartments. I didn't realize I was bangin in a dorm."

When the point was brought up that all NCAA college football players were required to be enrolled at their team's university, Bunson snorted in disgust. "My blood bleeds Big Red and that don't include no university," said Bunson. "Ain't nobody here in Oklahoma that ever got accused of being some sissy college boy." 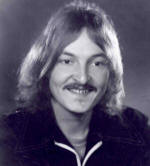 Bunson's NOT a fan of learnin'