I Gotta Hand It To You, Other Big XII Schools

Share All sharing options for: I Gotta Hand It To You, Other Big XII Schools 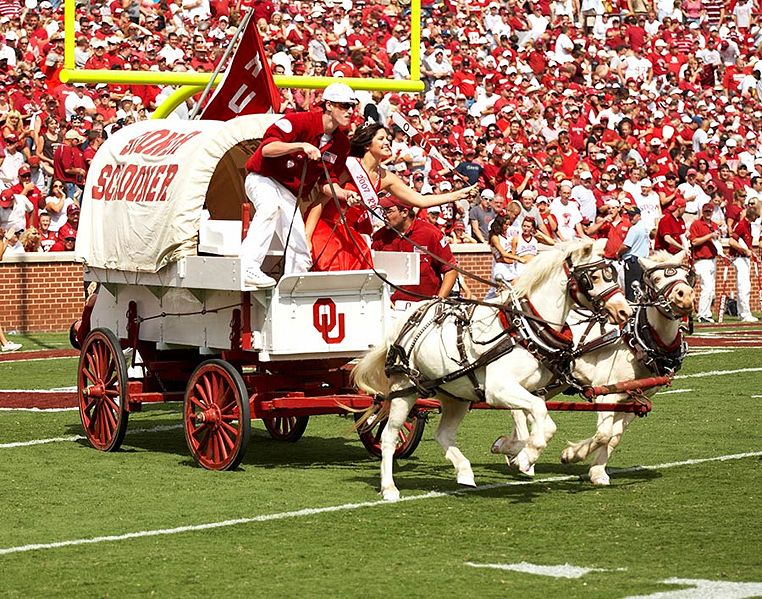 I guess this is actually kinda decent.

You may have noticed that we spend a lot of time around here poking fun at all the Big XII schools and their fanbases. You know... like how all UT fans are pricks, O-State fans still wear Mo Betta shirts, KU hasn't learned the rules of football, OU is trashy, Nebraska fans have never eaten fish, Nebraska fans are translucent, Nebraska is unaware of the sport of basketball, etc.... all the normal insults. Well, obviously each school must have their positives (except Nebraska) or else no one would go there and they would have no fans. So I thought I would mix it up a little and dedicate a post to highlighting the attributes (traditions, history, players, etc) of all the Big XII schools that I respect... or at least sorta like. A little positivity up in this blog! So below is a listing, in no particular order, of the things I like about every school in the Big XII. Here we go...for the rest of this post, no more negative remarks (this is going to hurt):

I actually think the chants and yells and junk at games are pretty cool, and I think the terms "12th man" and "wrecking crew" are great. I am hit and miss on a lot of their traditions, but the fact that their traditions are so regimented, documented, and synchronized is impressive. As for A&M people, I always liked: Bear Bryant (duh), Acie Law, Dat Nguyen, and as much as I hate to say it, I liked watching Javorskie Lane barrel his fat ass through whatever was in his way.

Jesus.. Ok.. I like their masked rider or whatever. I also heard once that they have a statue of a dude (who I think is Will Rogers) on a horse, and the horse's ass is facing directly at the A&M campus.. gotta admit that is pretty funny. And while I'm admitting things... while I never necessarily liked Leach, the Leach years supplied an extremely entertaining brand of football to watch. Tech people I have enjoyed over the years include: Crabtree, Andre Emmett, and everyone has to like Zach Thomas.

NONE. kidding... kidding. I really don't hate Nebraska... it is just so easy to make fun of Ivory Nation. Everyone must concede that Herbie Husker is a pretty great inflatable mascot, the fact that their nickname honestly used to be "Bugeaters" is outstanding, 250+ straight sellouts, and even though this isn't really a tradition thing... the fact that they won 83% of their games from 1962-2001 is just mind blowing (hat-tip to barkingcarnival). Nebraska people I was/am fond of are: Ndamukong Suh, Tyronn Lue, Roger Craig, and I even enjoyed the Eric Crouch era.

I'll admit it... I think the Sooner Schooner is pretty cool. It is so bizarre, with the little horses and upside down dude and all, but that bizarreness and uniqueness is what makes it sorta great. This next one really kills me, but as much as I hate, hate, hate the damn Boomer Sooner fight song... I have to concede that if I were a Sooner fan I would love it, and especially love how much opposing teams hate it. OU greats that I begrudgingly admire are: Wayman Tidale, Keith Jackson, Roy Williams, Buster Rymes (based on name only), Jason fucking White (he was a machine), and speaking of machines, Adrian Peterson (the football one).

Bevo is pretty sweet. Also, the hook'em horns sign is possibly the greatest simple signifier of a fans allegiance and approval that has ever been invented. I also kinda like the burnt orange color. Well built linebackers and safetys just look so mean in that color. UT folks that I can get behind are: Kevin Durant, Mack Brown, Vince Young, Major Applewhite, LaMarcus Alrdridge, Earl Campbell Hot Links, Ricky Williams, and I guess Jordan Shipley.

Ralphie. No school can compete with having an actual damn buffalo run onto the damn field. Also they have a modified version of the chant during the song (can't think of the name right now) that is played at every college football game.. the part where we yell "we're gonna beat the hell outta you".. they yell 'Fuck'em up, Fuck'em up, go CU" or something along those lines. A couple of former Buffaloes that I tolerate are, Chauncey Billups and Kordell Stewart. When I was a kid I always got real excited when Kordell come onto the field for Pittsburgh as you never knew where he would line up. Fuck you.. I was like eleven.

Not to be a dick.. but I don't really know much about Baylor. I will say that I like their colors, and the logo with the bear on it is pretty clutch. As for Waco people that seem alright...Ekpe Udoh, Mike Singletary, and Scott Drew are all pretty likable.

I tend to usually like Mizzou basketball for some undefinable reason and have definitely enjoyed the last few seasons that featured a super up-tempo pace the most. I also have heard that after they tear down the goal posts they always take them to the same bar in Columbia. The sub nickname of "Mizzou" is pretty dope (sorry.. running out of complementary words here), and when they chant "M-I-Z" then echoed by "Z-O-U" it always sounds pretty impressive. Tigers that I don't hate include: Keyon Dooling, Chase Daniel, Linas Kleiza, Kareem Rush, and Brad Smith.

The logo to the left there (in spite of it purple-ness) is pleasing to look at. I also LOVE that they were early adopters of the shorthand reference to their school as "K-State" instead of KSU. This is something I have been ineffectively pushing for with O-State for a while now. Wildcats that I have had an affinity for are: Rolando Blackman, Josh Freeman, Mitch Richmond, Clemente, Pullen, and Michael Bishop. Ya know... even though they don't have a huge basketball heritage, K-State has a mean all-time starting five with Bill Walker, Michael Beasley, Rolando Blackman, Mitch Richmond, and Jacob Pullen.

Well, they do have a cannon on the field... not much to hate about that. And I do like the nickname "Cyclones". That is about all I know about Iowa State. Apologies to ISU (and Baylor) for not knowing more about your traditions and history. I do have a decent list of people I like from ISU though... Seneca Wallace may have been the 2nd most exciting football player in the history of the Big XII (behind VY), and I always liked Marcus Fizer and Jamal Tinsley.

The Rock Chalk Jayhawk chant is pretty bad-ass sounding, and it is difficult not to appreciate their b-ball teams most years as they usually have a likable style of play and likable players. I don't know that I have ever really liked any KU football players (I guess Gale Sayers if I were older), but I have a long list of hoopers that I enjoy(ed) watching.. Danny Manning, Mario Chalmers, Nick Collison, Kirk Hinrich, Paul Pierce and Brandon Rush were all appreciated by this "author".

Pistol Pete is definitely #1 on my O-State traditions list.. especially when coupled with the background story of Frank Eaton. A close second would be old GIA...the amount of noise that just over 6,000 people could make in that place permanently defined for me how a basketball game should be experienced. I also have always loved the arms around each other while singing the Alma Mater after every game, although I'm sure we aren't the only school that does this. As a long time fan and alumnus, there are a ton of other little things I love about this place, but I will stick to the ones that a non-Cowboy may be familiar with to keep this balanced with the rest of the teams. Favorite Cowboys: Desmond Mason, Eddie Sutton, Gary Ward, Inky, Adrian Peterson (the basketball one), Randy Rutherford, Barry, Thurman, Dez, Zac, RW McQuarters, James Anderson, Mo Baker, Victor Williams, John Lucas, Joey Graham, Rashaun Woods, Alonzo Mayes, and I guess I should end this now or it may go on forever..Ivan McFarlin.

So there you have it... the most positive post in the history of wastedoptimism. Now prepare for the backlash as I may have to title my next post "Why Mizzou Fans Will Molest You" in order to offset all this pansy-ass cheeriness.