6 Cowboys that could be household names by December

Share All sharing options for: 6 Cowboys that could be household names by December 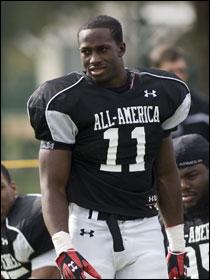 There’s no question that the team we see this year will look quite different than what we have all become used to over the last 3 years or so. Sure, we all know what kind of damage All American RB Kendall Hunter can do, and I’m optimistic about the new offense under Holgorsen, but what about the new guys? Who are they? Who will have an immediate impact?

Here are six players you may not know today, but will in December...

OLB Shaun Lewis is a stud four star prospect out of Missouri City Texas. His 4.55 speed will allow him to make plays and pluck each nasty hair out of Landry Jones upper lip without anyone noticing. He picked OSU over Big 12 teams Oklahoma, Texas A&M and Nebraska, along with SEC powers Alabama, LSU and Florida. I predict he will learn a lot from Orie Lemon and be starting mid-season. 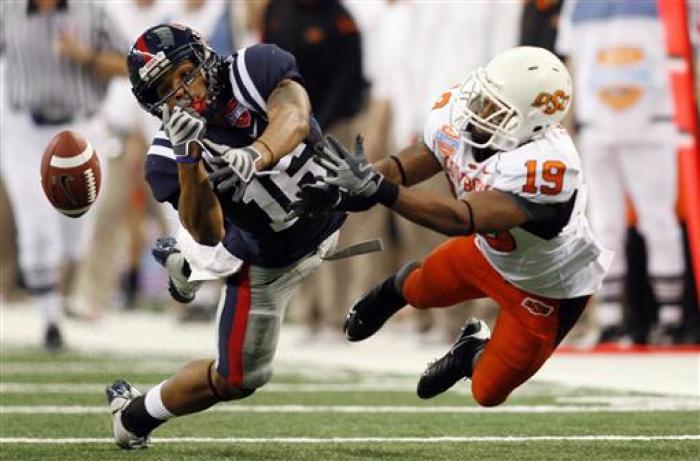 The CB of the future?

CB Brodrick Brown The Perrish Cox Cotton Bowl replacement finished with three tackles and a pass breakup against a solid Ole Miss offense. That experience will prove to be valuable as he will now be the starter at that position. Brown ran track for OSU in 2009. Not sure if that means anything other than the fact that he could be playing Madden when he's running his ass off in track.

OLB Caleb Lavey is another 4 star outside linebacker prospect from Texas. He’ll end up playing quite a bit this year in what will be a LBBC (Linebacker By Committee) Lavey turned down offers from weak ass schools like Arkansas, TCU, Texas Tech, Texas A&M, Notre Dame, Stanford, Nebraska, Oklahoma, Michigan Penn State and Miami, TO COME TO STILLWATER! Oh, and he has a kickass website here

WR Chris Dinkins is a four star prospect with good size at 6’2. The loss of Dez Bryant leaves an opportunity for someone to step up to be "the man." Sure, that someone could be Hubert Anyiam, Tracy Moore, Justin Blackmon or Josh Cooper – but you already know who they are. The new look Holgorsen offense will give a lot of receivers a chance. Dinkins has the size and ability to make an impact.

CB Justin Gilbert is a speedster from Texas who played quarterback in high school. It looks like he'll play defense in college but he could easily return punts or kicks. He'll be needed on both sides of the ball so his athleticism should get him a long way. Returning kicks is highly visible so don't be suprised if you start seeing Gilbert jerseys in October.

Johnny Deaton is a dual threat prospect much like ZRob. The team’s offense is basically starting from scratch with 27 year old Brandon Weeden under center. I’m confident in Weedens' ability but a young offensive line means the potential for a lot of big hits. Deaton is one big hit on Weeden away from having the keys to the kingdom.