Share All sharing options for: Cowboys Playing in the NBA Summer League

NBA Summer League? The July college sports black hole rears it ugly head again. I actually wanted to write this because one former cowboy is absolutely blowing up in Las Vegas and his accomplishes need to be highlighted... but it also gives me an excuse to review how everyone that used to run the white maple of GIA is fairing in their respective quests to be signed to an NBA roster. Let's do this one guy at a time. All stats courtesy of nba.com. 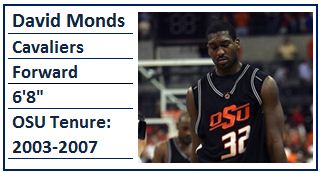 Monds was one of the most frustrating Cowboys in recent memory (probably #2 behind JamesOn on my personal frustration list), and a co-architect of the 06-07 season collapse. However, he always did have a lot of low-post skill. He has nice control on the block, decent hands, and is strong as hell. Work ethic and attitude were his main issues (see his body language in the above pic for evidence). Also, I'm pretty sure that I have a better 40-time than him. Regardless, it is good to see him getting a shot at this level.

Playing in the Vegas league for Cleveland (Lebron's team!) who is two games into their five game schedule, Monds has seen action in one game and performed pretty well in limited minutes.

The Cavs have remaining games Friday, Saturday, and Sunday vs Chicago, Miami, and Milwaukee, respectively. With as wide open as that Cleveland roster is right now, if Monds can show some promise who knows what might happen.

The Fashion Show returns! For a more in-depth analysis of Obi's game check out my previous review. You lazy bastards think I am going to re-write all that when you can just click a link? Now check out the stats.

Probably not the statistical performance Obi needed to get himself a contract, however I did catch the Nets game on NBATV and despite not scoring he was very involved on both ends of the court. He twice found a cutter in the lane who was promptly fouled, thus negating Obi's assist. A few possessions he even brought the ball up and initiated the offense. He was serviceable on the defensive end and seemed to man up pretty well. I wasn't lucky enough to catch any of the other games so I'm sure his game evolved a little from there. 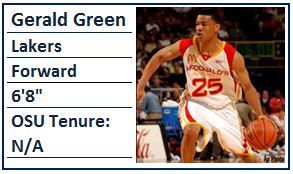 I know, I know. But I am always still a little curious as to how he's doing. He is like that super hot-girl that "matured" early that you almost hooked up with and have spent the rest of your life reminiscing about... and have since built that near-experience up to one of your life's biggest "what ifs". Now you facebook stalk her a little, and see that she hasn't grown into as beautiful of a woman as you always imagined she would, but you still return to her profile every once in a while just to see what she is up to. That is Gerald Green to me. I'm sure he would be honored by that analogy. For the fellow curious folks, here are his stats. 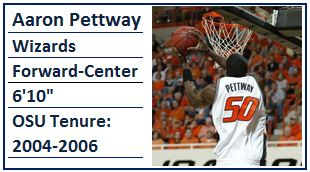 Talk about a guy that O-State just never gave a chance. Pettway has impressed in Europe since leaving campus, and now he is getting a shot in the NBA Summer League. I realize that O-State had a great center on the roster in the 04-05 season, and in the 05-06 season they were using Boggan and Monds down low. And I'm sure that Pettway wasn't nearly as polished as I assume he is now, but it still looks like the staff may have missed out on something here as he has obviously turned the heads of some NBA scouts. 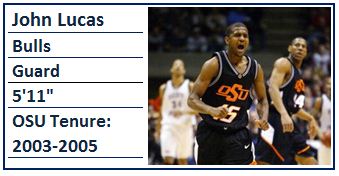 Here we go. Here is the former Cowboy that is absolutely blowing up in Vegas this summer. Remember when I teased you with that in the first paragraph? Well now I am following through. Just putting my degree in "effective writing" to work. Now let's get a look at JL3's stats.

So many stats jump out there, but 9 for 11 from three really stands above the rest. With the minutes he is getting he could stand to pickup more than three assists per game, but assists can often times be an overrated stat as I think it is pretty universally accepted that the way they are counted is flawed. Evaluating a PGs court vision is more something you have to see, rather than referring to the stat sheet. I will definitely have to make it a point to watch the next Bulls game which is tonight at 7:30 CST versus the David Monds lead Cavs. It is available to watch live on NBA.com and is being shown on NBATV at 6:00AM on Saturday morning. So set your VCR to record. (When will they invent a better TV recording device?)

This obviously isn't Lucas' first shot at the NBA level, he has seen the court during the regular season with the Rockets on a few different occasions, and has played some preseason games with Miami and Minnesota. He also has been to Europe and back so many times over the past few years that he has started smoking, wearing loafers, and quit shaving his pits (European zingers! Take that Victoria Beckham!).

We all know that the dude is a hard worker and he has proven that he can overcome adversity with the whole Baylor situation. It looks like five years spent paying his dues might finally be working out, as he is peaking at the right time, with a team that is so depleted from the Lebron thing that Rose is currently the only PG on the roster. That backup PG spot is just sitting there waiting for someone to grab it and JL3 is stepping up like an anti-Obi to seize it. Hopefully the Bulls are taking notice of this performance (how could they not), and lock up JL3 to a multi-year deal. If it works out, it would become the new leader for the 2010 feel good story of my year... knocking February's negative pregnancy test from the top spot.