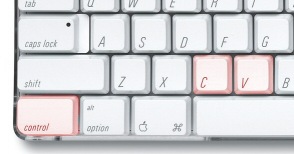 Pasted Optimism is a place where we periodically post a collection of links, quick thoughts, and hopefully one day, a haiku. Click here to view archive.﻿

Football Media Guide was released on Friday. Feel free to download all 97 mbs. Just make sure to turn off call waiting in your Prodigy settings... you don't want to have your download interrupted by your friend Mandy calling to discuss whether she should get the "Rachel" haircut before you guys go see Titanic and listen to the new Alanis compact disc.

NewsOK talks with Tatum Bell who thinks he is not in the NFL because of the Rudi Johnson luggage thing. Maybe that's it, or maybe it is the average of a fumble every 55 carries which is an Adrian Peterson pace, without the AD production. I do think Tatum is an NFL caliber RB, but at 29 years old and with with the fumbling problems he has shown, it probably shows that his head isn't quite in the right place if he thinks it is the luggage thing that is keeping him out of the NFL.

I will side with Tatum though on the idea that he needs to be back in the NFL... if for nothing else, than for the value of Samuel Bryant's autograph collection. My Tatum signed mini-helmet is currently worth less than a clean OSU mini-helmet... I could windex the autograph off and increase its value.

ESPN's Pat Forde reporting that Florida is being investigated for an alleged $100,000 payment from an agent to Maurkice Pouncey. The SEC is really racking up the off-season controversy aren't they? I'm sure their fans and the media will somehow find a way to tie it into a "that's what happens when you are the best conference in football" angle, as they always seem to find a way to do. "Hey, when you are playing the best football the world has ever known players are going to knock out an off duty cop, AD's will do some driving with panties in their lap, and players will get paid.... that's how we do it in SEC country! Whoooo!"