What is The Criteria for a Successful 2010 Season?

Share All sharing options for: What is The Criteria for a Successful 2010 Season?

By mid July, the Oklahoma State fanbase usually has already formed a pretty universal expectation for the upcoming football season. For example, in 2009 we had high hopes. By July we all felt that the low end expectation to be considered a successful season would be 9+ wins, a win over OU or UT, finishing 2nd in the South, and playing in a good bowl... the high end of the successful season expectation range was a Big XII title and a BCS bowl game. We ended up landing just below the low end of the successful season range. 2009 wasn't a total disappointment, but it wasn't quite a success either based on the fanbase's somewhat universally agreed upon success criteria heading into the season.

Well 2010 is not 2009 (2010 is all Eclipse and 2009 was so New Moon). Going into this season, Cowboy fans seem to have a wide array of expectations. The implementation of a new offensive system combined with having to replace 13 starters has labeled the 2010 team a bit of a "wildcard", and as such the expectations for them are all over the board. Some fans think a 10 win season is a possibility, some think 9, some think 8, some think 7... well you get how subtracting 1 from each prior number works so I will let you finish that sequence in your head.

So what is our criteria for a successful season in 2010?

I think there are four factors that us fans use to determine whether a football season is viewed as a success for Oklahoma State in recent years. The levels fluctuate year to year, but the criteria before the season starts remain the same.

...there is a 5th element, "Head Coach's hair hardness", but we will ignore that for this analysis as Gundy assures us a perfect ten in that category every year. Also, more criteria can be added after the season starts. If, for example, Baylor is better than expected and comes into Stilly 9-0, then that game may become an important new factor. But these four are the pre-season staples.

So let's look at each of these categories, and determine the breaking points within each that define the difference between a successful season, an OK season, and a disappointing season. (I realize that even though I am writing this as though I know what everyone else is thinking, this is all subjective... but so is your face... so there's that)

Click the Jump so I can tell you what your expectations are.

Number of Wins
For one thing, our range of what is accepted as successful will be much wider than last season. What I mean is, while none of us would be happy with a 7 win season, I don't think we would describe it as a complete failure either. This wasn't the case in 2009 when our range of success was very small as it was much closer to perfection than most years. Here is a chart-ical representation of what our expectation was for last season's win total: 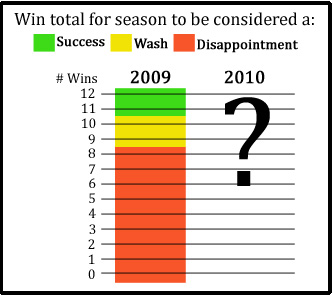 The question mark represents your anticipation at seeing the 2010 bar. It should probably be way bigger to accurately reflect your excitement. 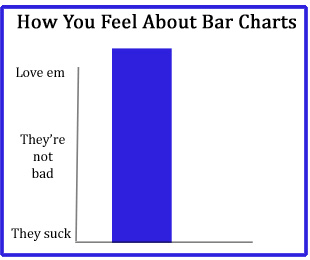 So where do those levels fall for the 2010 season? First let's agree on the guaranteed wins. Well if Phil Steele's predictions for the Big XII South represent a baseline, then I guess the only guaranteed wins everyone can agree on would be Troy and Tulsa. But let's go ahead and assume that most fans would say O-State will be victorious versus Washington State and at ULL. And since more than one publication has O-State predicted to finish 6th in the South, then none of the conference games can be assumed wins. So our absolute baseline is four wins.

Well I don't think that the Cowboy fanbase as a whole agrees with these worse-than-expected predictions, and even the few individual fans that do would concede that even with a 6th place finish, there is no way O-State goes 0-8 in conference, so let's assume that everyone would expect at minimum a six win season. So given this, let's find the # of wins we need to feel OK with the season.

Now I can't see anyone, especially given T. Boone's threat to start ripping balls off if his Cowboys don't start winning some championships soon, being OK with a 6-6 season. So let's add a win... are we OK with a 7 win season? I know 7 wins isn't ideal... but it also isn't a point where Gundy is for sure fired and delivers what would promise to be the greatest exiting speech of all time. Yes it would depend on who the 7 wins are against, but I think that right now, every halfway reasonable Cowboy fan would have to say that a 7 win season isn't a total disaster.

How many wins would constitute a successful season? 8? 9? 10? another number followed by a question mark? A bit of an assumption here, but beating Wash St, Troy, Tulsa, ULL, A&M, K-State, Baylor, and Kansas probably doesn't qualify as a complete success by most of our standards. I think a 9 win season has to be the bar for success. That means OSU definitely had to have won at least one of: @Tech, NU, @UT, or OU. 9 wins marks the level that O-State beat the teams they are "expected" to beat, and won at least one big game. So here is the updated bar chart (BCB's for everyone!!...BCB=bar chart boner (duh)). 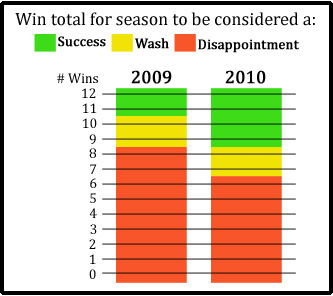 Performance Versus OU and Texas
As opposed to win total, this category is actually more simple than past seasons. Given Gundy's career record of 0-10 versus these two schools, going at least .500 in these two games has become almost a must in order to achieve what would be considered a successful season in 2010. While a 10-2 season would technically be a success, if the two losses were to OU and TX it wouldn't hit our g-spots in the same way as if at least one of the losses was to a different team. And beating both OU and Texas would feel like being strapped to one of those Sybian machines for an hour straight. (When did my analogies start coming from the point of view of a female porn star?)

Success levels: This one is only pass fail, either we beat at least one of them, or we are disappointed.

Division/Conference Standing
Winning the conference, or even the South, is probably not a criteria for success. However, unless O-State suffers a long stretch of futility, I don't think a 3rd place finish in the South will ever constitute getting shirts made or anything. Our 3rd and 4th place trophy room is pretty much full already. 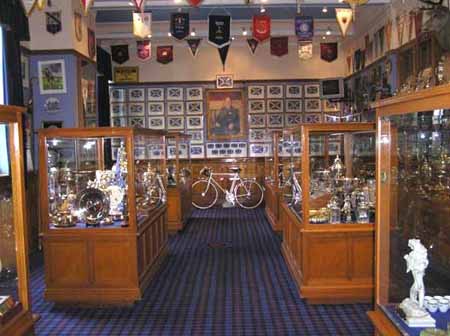 Success levels: Like usual, a 4th place finish is not great, 3rd is OK, and 2nd or 1st would be a success.

Level of Bowl Game
This is usually so intertwined with our conference standing that the two categories could be combined. But I also think that getting invited to a better bowl game signifies that there was a decent buzz about the team that season, and shows a confidence in the fanbase to show up.

Obviously a BCS bowl is not needed for the season to be considered a success, and I would say that Cotton, Holiday, or Gator would always be considered a pretty decent accomplishment. I think the breaking point most years is the Alamo Bowl. We are never really excited for Sun, Independence, Texas or Insight... Alamo is kinda the dividing line. Some years it feels great to get there, other years it is a let down. I think this is one of those seasons where a trip to San Antonio would be just fine with us. We could all stay at Big Game James' house!

Success Levels: Cotton, Holiday, Gator or better is a success, Alamo is good, Sun is OK, anything below that is a disappointment.

So What the Hell Did We Figure Out Here?
Probably nothing... but let's review anyway. Now, obviously these levels of success all vary depending on what happens in the other categories. For example, if OSU were to win 7 games, but beat OU and Texas, that is a successful season no matter what that bad-ass bar chart above says.

A very successful season: 9+ wins, a win over either OU or Texas, 2nd place or better in the South, Cotton/Holiday/Gator bowl or better. All success levels met.

A successful season: Hitting the success level in 3 of the 4 categories.

A good season: Beating either OU or Texas, and meeting the success requirement in 1 other category.

An OK season: Losing to OU and Texas, hitting the success level in 1 category, and the "OK" level in another category.

Are we all good with these expectations? Alright.. now someone please type up the (43 - 4) possibilities and put it in the comments... I am tired of doing all the work around this dump. Kidding of course.. But about this I am not kidding... why don't you leave us a comment describing your expectations for this team? I would love to get the consensus of our (now 13!) readers.