It's Mail Time with Cincy!

Share All sharing options for: It's Mail Time with Cincy!

It's July. There's not much to do other than crush BLL's at the lake and countdown the days until College Football arrives. But rather than boring you with a generic "How many days until kickoff?" post I thought I'd get my ass down to the end of the orange gravel road here and check the 'ol mailbox. We work hard here at the WO Offices. Real Hard.

Will Iowa State be any good this year? We still can't believe we kicked the shit out of a Big 10 school last year!

Thanks for the mail. It's not often I get to communicate with such a cool motherfucker! We love the site too.

A couple of things to note here..

Your coach led the Cyclones to a 7-6 record and a bowl win in his first season in 2009. (Yes, against a BIG 10 school!) He actually breathed a little life back into the Cyclone Football program, which was admittedly good to see.

Here are just a couple of Coach Rhoads achievements in 2009:

Despite a brutal schedule in 2010 (Iowa, Utah, Texas, OU, Nebraska) State looks to further improve in the upcoming season. And I think they can. The challenge for Rhoads and his Cyclones will be replacing his senior leaders on offense and continuing to improve his young defense. A 6-6 season with another bowl win would be another step in the right direction. Now go back and continue kicking ass in Ames. 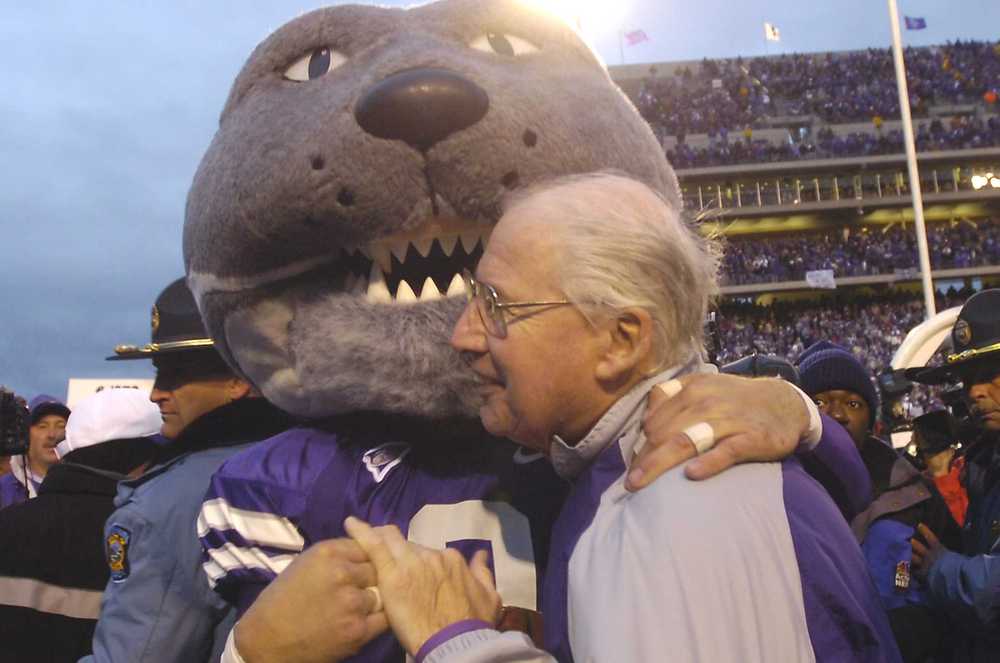 Will Bill Snyder be alive to see the ball drop in the little apple?

This is a tough one. Coach Snyder’s first season as the once again head coach at Kansas State produced a 6-6 record and a tie for second place in the Big 12 North. Yes, 6-6 gets you a tie for second in the north.

Though this was an improvement over the previous year’s mark, even Snyder knows that Kansas State has a long way to go to return to its glory days of the late 1990s.

Sidenote: Are you young/old enought to remember when OSU played KSU in Stillwater in about 1998 and they had that like 300 pound running back that never really played but somehow had like 400 yards against us? Good times!

The current Wildcats are incredibly thin on offense and defense and have big issues at key positions such as QB. What they DO have going for them is their previous/current head coach Bill Snyder. He may be just the guy to get K-State back to the place he took them to back in the late 90's. Given a couple more years to work his magic (God willing) I think Snyder will have the Wildcats in contention for the new Big 12 title.

But to answer you question, Yes. Probably so. 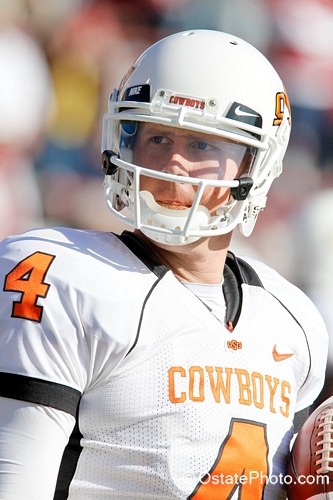 ..older than your Dad

How will Okie State be this year? I just saw that your QB is 27. Holy Shit!

If you haven't noticed, OSU has the best facilities in the conference. The class of 2011 is looking stout wth Herchel Sims and JW Walsh. The talent is getting better in Stillwater and if they keep getting guys like this, OSU will eventually be able to compete athletically with Texas.

This year we'll see an all new cast in Stillwater. Yes, Grandpa Weeden is 27 but he will be under center in Phil Collins Dana Holgorsen's offense, and All American running back/Hot College Coed Kendall Hunter will be carrying the rock.

If Weeden can manage the game and complete passes when he needs to, OSU could put up a lot of points. 7 home games make a winning season probable. Look for OState to be a solid team this year. Much better than expected.