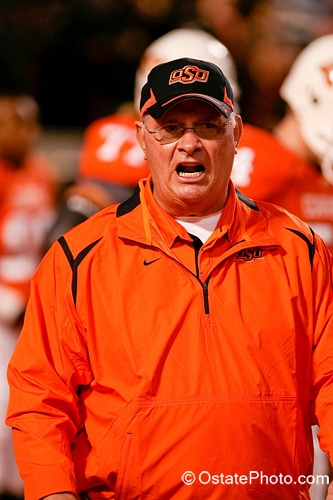 So we all know last year was a crazy year for OSU Football. We started with a seemingly (at the time) monumental win against an SEC power with a performance from Dez Bryant that was unbelievable. We followed that up with a terrible loss to Houston and then we all know what happened after that.

What is not so obvious though is that quietly, the Oklahoma State defense came through with a solid year and a lot of times, made up for the inconsistent and disappointing play on offense.

Looking back, the 2009 Cowboy D was a veteran group that didn’t make a lot of mistakes. In defensive coordinator Bill Young’s first season, the Cowboys improved from No. 93 nationally in total defense to 31. "We" were especially strong against the run, holding opponents to only 95.8 yards per game on the ground (11th nationally). 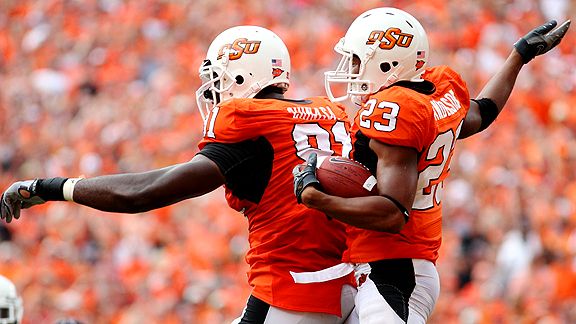 This year’s defense is another story. It’s full of amazing athletes with upside but there is very little experience to rely on. But this won’t be a bad defense. It will be faster and more athletic than most of the offenses OSU will face. And we'll have the master Bill Young leading the way. Yes, the same guy that turned the Kansas Jayhawks into a strong defensive football team.

In part one of our look at the Cowboy D (haha) we’ll cover the Linebackers. We’ll take a closer look at the, Defensive Line, Secondary and Special Teams in my next installments.

My goal is for everyone who reads this to be insanely knowledgeable about the OSU Defense. We don’t have a big star this year like Dez so imagine this...

You’re at the WSU game on September 4 at you immediately know that it was Caleb Lavey in on the tackle. You yell out LAVEY!! before the announcer even says his name. A complete badass move…

Perhaps the biggest questions of the off-season is, can Lemon get back to the player he was in the 2008 season when he made 90 tackles as the starting MLB?

He was on the verge of being the leader of the defensive front seven last year, but he suffered a torn ACL just a few days before the Georgia game. Word out of Stillwater is that he’s still trying to get back to form. When he’s healthy though, the 6-1, 246-pound senior can move from sideline to sideline with the best of them, and will seemingly be in on every stop. Also, his Twitter is pretty great. What word would you say he uses the most? 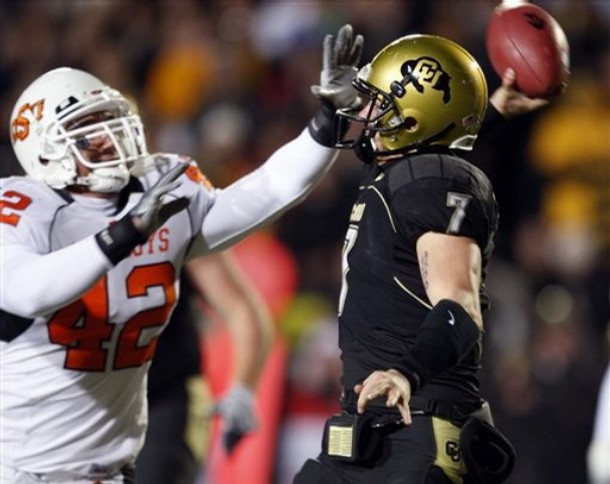 On the weakside will be Justin Gent, a 6-1, 236-pound senior who has spent his career as a key reserve to Patrick Levine, with great run stopping skills. In 2009, he made 27 tackles and he seems to be one of those guys that is always making something happen. I hear he’s also quite the player in College Football 2011 too, if you’re in to that kind of thing.

On the Strongside, we’ll see 5-11, 209-pound junior James Thomas, a small but stout playmaker who works mostly on the more physical side of the field. You know, the strongside? A great special teamer, and more like a safety playing linebacker, last year he had 25 tackles with a broken up pass. With his speed he should do more as a pass rusher and be better when he’s dropped back in coverage . He’s simply a fast as shit, tough, undersized linebacker. Not a bad thing at all.

I have no doubt that this will be a LBBC (Linebacker by Committee) from the start. I really see the coaching staff spending most of the year running guys in and out while they figure out how to work everyone in. Considering Lemon’s reconstructed knee, he is hardly a sure-thing. The amount of quality time we get from our reserves will be a key factor. Leading the way will be.. 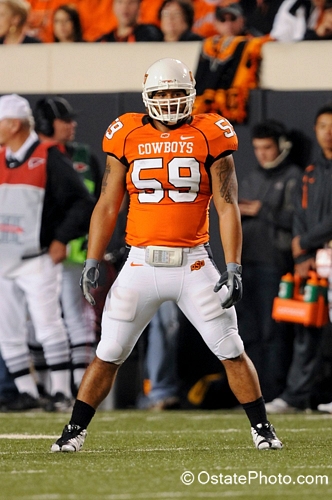 6-0, 230-pound senior He can get into the backfield if needed, but is mostly a run-stopper for anything inside the box.

Solid recruit last year. Was the 45th best LB in the nation in 2008. He spent last season getting bigger and stronger as a redshirt. Speed is his strength. Has the size to play any of the three positions, but he appears to be best suited to hang in pass coverage and use the open space to chase down the ball. Oh, and he comes from a great bloodline. His cousin is Ozzie Newsome, GM of the Baltimore Ravens.

I fully expect Lavey to make a big impact right from the start. Sure, he needs to get bigger than what he’s listed at, but I have no doubt that will happen. Watching the videos on his website, you can see that he fights through the junk and gets to the ball without much of a problem. He’s just a big-time talent who told OU and Notre Dame to go pound sand. How could you not love him?

This guy is a beast. Big, Strong, Fast. All of the things you look for in a linebacker. Hard to believe he won’t see some playing time this year…If he doesn’t redshirt.

This will be a fast group that is full of those work hard, try hard types that aren’t afraid to hit someone. It’s something we haven’t seen at OSU in a while so I’m looking forward to it. There’s not a lot of experience, so it might take them a while to gel, but that is why we’re playing Washington State and Tulsa. The gellin’ types. I think it all comes down to Lemon. If he’s back to his 2008 form, we might not miss a beat. With the addition of Lavey and Lewis, we just might be better.