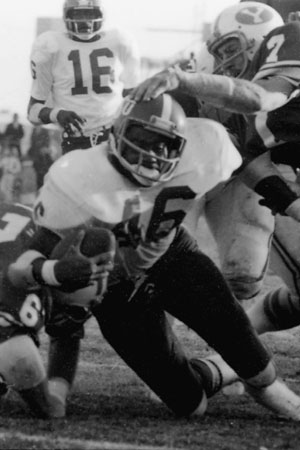 Today we will take a look at the Running Backs and Fullbacks (some call this "The Backfield"). I should note that the official Oklahoma State depth chart won't list anyone at the Fullback position, but for the purposes of this article anyone that is listed at RB, but looks like a FB, will be presented as a fullback.

Obviously this is a position that is pretty set at the top spots, so this position-alysis won't have nearly the amount of uncertainty as the receivers. The backfield consists of two clear-cut senior #1's at both positions, with mostly unproven guys backing them up. It is a lot like when Ricky and I are with our boys at Incahoots (still open?). However, these young, unproven guys have the pedigree, and the hype, to potentially have a big impact this season... so let's get to know them a little.

Kendall Hunter | RB | 5-8 | 197 | Sr | Tyler, TX
We all know Kendall... the 2008 All-American was injured most of 2009 resulting in an 89 carry season, and only 30 of those were at full strength. I think we can all agree that when healthy, Kendall can carry the load and has the ceiling of a dark horse Heisman candidate. Kendall really deserves an entire post to himself, but I will summarize his main attributes here for now. Kendall Hunter is a shifty runner that possesses some of the quickest feet in college football, in addition to superb breakaway speed (4.38 forty). He hits top speed in about 1.5 steps and if he gets past that first level, it is rare that a LB is going to be able to get a hold of him in open space. If you had to nitpick, his only weakness is that despite having some massive thighs (hott!), he isn't really big enough to push a pile. At full strength, there is little doubt that Kendall is a top 5 college running back, and you could make the argument that he is #1.

Kendall needs to touch the ball 20+ times a game for Oklahoma State to be successful in 2010, and he will... the only variable is in what form those touches will come. The Holgorsen approach loves to dump short passes to the back that are basically running plays, but show up in the statsheet as passing and receiving yardage, so it is expected that Kendall will receive more touches than usual in the passing game. However, I can't see them ignoring how effective of a runner Kendall is running zone reads, how explosive he is when he gets around the corner, and how shifty and sneaky he is running between the tackles, just so they can stick to a scheme. I would expect Kendall to get around 17 carries a game, in spite of the Air Raid, and possibly add up to 10 catches on top of that.

Interesting Fact: 2010 will also mark a continuation of Kendall not returning any of John Titmanson's sexually charged emails.

Bryant Ward | FB | 5-11 | 223 | Sr | Stilly
Former walk-on that quickly played his way on to the field, and in to our hearts... then into a starting role, then back out of out hearts, then to first team All Big XII and back in our hearts. When at fullback, Ward is used entirely as a blocker, and he is damn good at it, but he also sees time on special teams making 9 tackles and recovering a couple fumbles last year. As with Hunter, there is some question as to how Ward will be used in the new system. The Air Raid utilizes mostly single-back sets in order to get more receivers out on the field, and it is rare to see the fullback when in a shotgun formation, but Ward is a special talent and the coaches won't want to leave that talent on the bench.

Interesting Fact: Bryant has a vlog on the Stillwater News Press site that I can't seem to get sound on. If someone else can hear him, please summarize in the comments. Although it might be great to invent our own dialogue based on just the video.

Travis Miller | RB | 5-9 | 192 | So | Marlin, TX
Similar in build to Hunter with similar speed and running style. Miller saw action in 6 games last season, mostly in mop up time, rushing for 61 yards on 13 carries. I have also heard from multiple sources that Miller was super impressive in spring practices, but was rocked by Markelle Martin in the spring game forcing him to sit out most of it. It will be a discovery season for us with Miller as he should see a good amount of playing time. His speed and running style look to translate well in the Holgorsen system, we just need to keep him away from Markelle.

Interesting Fact: Miller was recruited as a WR but converted to RB during his redshirt season. What an interesting fact!

Jeremy Smith | RB | 5-10 | 210 | RsFr | Tulsa
This is just a personal preference, but I like my running backs like I like my women, 200+ pounds, powerful, and highly touted in High School (is touted slang for doable?)... so it is refreshing for me to finally get to a RB that has a number that starts with "2" in the weight column. Smith only saw action in the Grambling State game last season, but we all remember him making the most of it as he lit that shit up for 160 yards on 15 carries including a 69-yard td run. This dude was about as highly touted as it gets coming out of High School and was rated as the 10th best RB prospect in the country by SuperPrep. I would not be surprised if Smith sees regular action this season. He is a great change of pace from Hunter, and in his single audition he proved he can dominate at this level.

Interesting Fact: I think Jeremy hits the weights occasionally. Maybe does a curl or two. 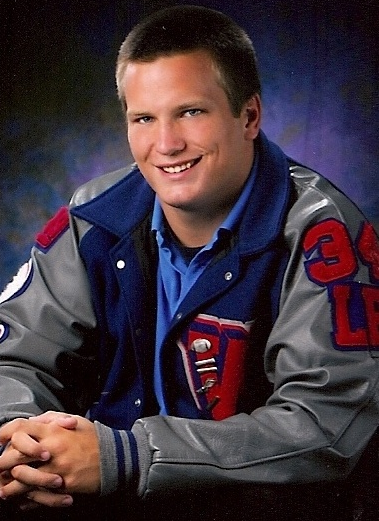 David Paulsen | FB | 6-2 | 255 | So | Marietta, Ga
There honestly isn't a lot of information out there about Paulsen at the fullback position as he was a Defensive End in High School, and played almost exclusively on Special Teams in his first season with the Pokes. He is a much bigger version of Ward and will spell him at times this season. Look for Paulsen to become the starter in 2011.

Interesting Fact: Paulsen grew up a huge Georgia Bulldogs fan, but turned down an offer from them to play for Oklahoma State. Doesn't that just make you feel connected to him on a personal level? Aren't you glad that I am putting these facts in here? It is almost making this readable isn't it?

Kye Staley 5-10 | 225 | So | Guthrie
Another bigger back to compliment the quick, shifty running styles of Hunter and Miller. Kye redshirted in 2008, then missed all of 2009 with a knee injury suffered during fall practices. Coming out of High School, Kye was listed at the always fun "Athlete" position, he was named an All-American by several publications, and was named the "Offensive Athlete of the Year" by the DOK.

Side note: I would demand to be listed as "Athlete" if I were being recruited. In fact, I think it is going in my work email signature.

Michael Roberts | 5-8 | 191 | Ju | Albany, GA
Saw some action in 2008 as a freshman in mop up duty versus Missouri State, Troy, and Iowa State totaling 42 rushing yards. Michael was considered a standout on the scout team last season and given the talent above him there is a good chance that will be his role this season as well. Or am I playing a part in setting up a scout-team-to-suiting-up-in-the-last-game, Rudy scenario? Mikey, Mikey, Mikey, Mikey...

Interesting Fact: Was not recruited by Georgia.

Interesting Fact: Here is a quote from Randle during the recruiting process that I'm sure he wishes he could take back; "K-State, KU, Nebraska, Stanford, Duke, Clemson, Notre Dame and LSU are sending me letters every day. But there are a few schools that haven't been sending me stuff that I really like, places like Oklahoma and Missouri. When I think of a dream school, Oklahoma comes to mind."

Summary
There is a enough talent in this group for O-State to repeat as the Big XII rushing leaders, however the combination of the new offensive scheme, and an unproven O-Line, will probably prevent this from happening. Personally, I am of the opinion that our offense is not going to turn into Tech or Houston overnight... I see our play selection staying close to balanced*. It should be noted that I also predicted an 11-1 2009, that the MacGruber movie would be a huge hit, and that Cincy would stay crab-free through 2011... so you can see that I am not batting .1000 on predictions.

*More on this in a future article.