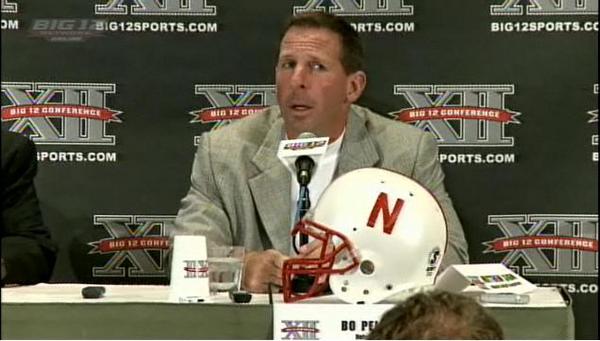 Today's schedule is the same as yesterday, except the teams are different (really?).

Hopefully today will provide some excitement that a Pelini-less Day 2 was lacking. For a complete recap of yesterday, check out the comments section of the Day 2 post. For those that don't have the time, or the clicking ability, to read those comments, here is a quick list of notes from Day 2 of Big XII Media Days.

"Coach… how do you feel about your secondary?"

"We are happy with it"

"All our o-linemen are new, but that has worked to our benefit since we are implementing a new system anyway."

So let's all watch us some Day 3 Media Days today, and pray for a little excitement. I'm not sure if any of the WO staff will be available today to live-comment on the proceedings, but feel free to add your own commentary and/or bottomless pics.