Alright Oklahoma State Fans, It Is Time To Get Excited

Share All sharing options for: Alright Oklahoma State Fans, It Is Time To Get Excited

8-1, top ten in the only ranking that matters, and (barring something unexpected happening) we will be favored in our final three games.  The holes this Cowboy team had a month ago have been sealed up, the things that were working a month ago are working even better now, and the agreement I made a month ago that "I will propose marriage when OSU goes to a BCS bowl" is making the likelihood of me faking my own death in January a real possibility. And did I mention that Oklahoma State is 8-1?  EIGHT and effing ONE!  Here is a list of seasons in which Oklahoma State has been 8-1 (use the page-down button to get through this monster list quickly):

Did you read that entire list? So knowing all that, I have a question... are we excited enough?  Have there been any arrests for public nudity in Stillwater?  Have we drunkenly headlined a single post on this site with an ALL CAPS, ALL CURSING nonsensical statement? Are any Poke fans out there losing their minds?

We are supposed to be the unreasonably optimistic fanbase.  We are the fanbase that starts planning our Big XII CG trip for 2012 because we signed Herschel Sims and JW Walsh. We are the ones that have been saying all along that when that elusive chance at a conference championship presents itself, the feeling of finally getting there will end up being worth the wait because that one will be a million times more satisfying than the 100 OU, Nebraska, and Texas have combined... the anticipation makes it better.  Like how Red Sox fans felt in 2004, or how Rangers fans felt this season, or like if you haven't been laid in two years and then nail a Jonas Brother (or a Victoria's Secret model if you prefer that analogy).

But instead, we are so close to possibly getting there and we seem to just be taking it in stride.  I know that this season has sneaked up on everyone (even the most optimistic OSU fan (except AUKing) wasn't expecting this), and we weren't prepared for this to potentially be "the season"... but since it is starting to look like the best chance in a long while to be "the season", we should start investing in this and act accordingly/insane....and here is how CRFF will do this: 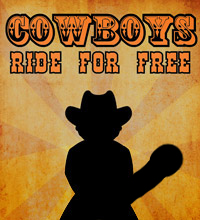 So let's start getting nuts.  These seasons don't happen that often around here (although it's looking like they may start becoming more frequent), and we need to really immerse ourselves in it.  I would hate myself if 2 months from now we are in Tempe and I spent half of the season waiting for the other shoe to drop instead of enjoying the ride.  It is time to fully buy in... to know that the BSDITS are the best team in the conference, to start playing hypotheticals with the top 10 ("we just need 5 of the top 6 to drop a game"), to start honestly making predictions of a repeat conference championship next season, and to get caught up in this moment that we have been preparing for since birth.  Our typically unreasonable hopes are finally reasonable, that Jonas Brother Conference Championship just winked at us from across the bar, and it is alright to get caught up in all of this.