It's that season again. Everyone is scrambling around trying to run up their credit card debt for the upcoming year, every radio station is playing the same 4 Christmas songs, and we all have that fuzzy warm feeling in our tummy. No not the fuzzy warm feeling of 3 captain and cokes, but the feeling that Christmas is here. Tomorrow is Christmas eve and there isn't another B-ball game until New Years so I thought I would run down the OSU Christmas wish list for this year.

#1 An Alamo Bowl Beat Down

With the big game less than a week away its safe to say a lot of the Orange faith full are asking Santa for 650 yards of offense and 4 turnovers on defense in a 55-28 win over Arizona. This bowl is a lot bigger than a lot of people think, OSU's first ever 11 win season rides in the balance along with a chance to win our first bowl game since 2007. Hopefully we can wash the bad Bedlam taste out of our mouth and everyone will remember the Alamo...... Bowl.

#2 Weeden and Blackmon to Come Back

Man this is a huge one, maybe more important than winning the Bowl game. Even though we have some great recruits and returning starters coming back loosing these 2 would be a big blow to the offense. I don't see Walsh being able to run the offense right out the gate so Chelf would get the job, but he just isn't the rock star that weeden is. Its hard to imagine we could loose the best WR in the country Again and line up another right behind him Again. If all of the girls and boys are good maybe Santa will talk these 2 in to staying next year and I legitimately believe this team would have a 1 in 4 chance of playing for it all in 2011.

#3 Keiton Page to Turn into a Real Boy

Its no secret that one our best shooting guards is a 5 foot something wooden doll. All I know is that wooden doll can flat out shoot the basketball. Perhaps a little Christmas magic mixed in with some Disney writing can turn Page into a real boy.

Might be getting a little greedy but this is the season of overdoing it. I think a Bedlam sweep is more of a stocking stuffer at this point, but its always tuff on the road in the Big 12 and if OU is going to get it together for a game its sure to be against us. An invite to Big Dance is a long long wase away, but I feel we need to get the Christmas magic rolling now to get through the long season. This team is scrappy and athletic enough to hang with anyone, but its tough to tell if they can muster enough offense to consistently beat the down right scary good teams the Big 12 has this year. I'm about 90% sure we will at least be on the bubble and it will come down to some exciting games down the stretch and may be decided in the Big 12 tournament.

#5 Natalie Portman to make it to the CRFF Christmas Party

This one is pretty self explanatory. Sam sent her a picture of him wearing only a red ribbon with a bow on his head. Im 95% sure this will work. If it doesn't we will have to settle for Keira Knightley 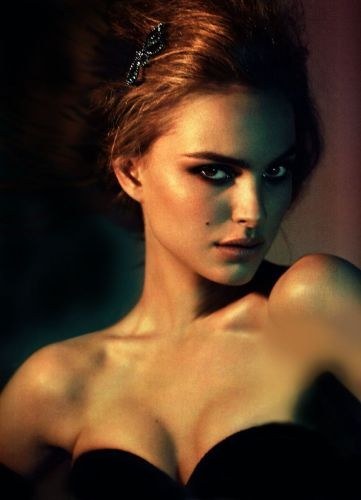