Who will pick up Zac's slack?

Share All sharing options for: Who will pick up Zac's slack? 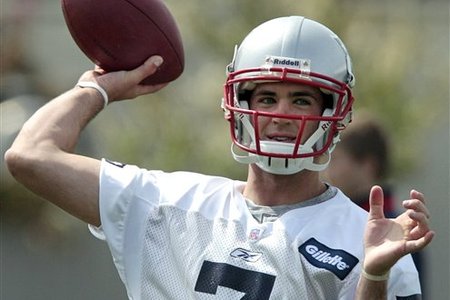 Zac Robinson has left the building. Yes, he's moved on the NFL and is cutting his teeth with Brady leftovers. Something tells me this isn't as bad as it seems, but that's beside the point.

But who will it be? I present to you the 6 candidates in line for ZRob's leftover quiff.

Chris Donaldson
A smooth motherfucker with a mohawk. Does it get any better?

Josh Cooper
Will likely step into a Wes Welker type roll as a leading receiver. I'm not sure about the exact formula, but it's something like you get 4 BJ's every time your name is called during a non conference game, 6 for Big 12 games. Coop is in line for some serious P.

Hubert Anyiam
Anyiam was basically our go-to receiver last year after Dez went out, so I suspect he's had a taste. Word is he the best dancer on the team. I"ve been to college. I know what dancing leads to. And I was never considered the "best dancer" by any means. Dancian Anyiam has a chance to lead the way...

Parker Graham
Graham makes the cut solely because he was a member of the French Club in high school. Genius!

Brandon Weeden
Think about all of the things you learned about getting P by the time you were out of college. Now imagine you're 27 and you're in college. It's really not fair. And he's a millionaire...

T Boone Pickens
Yes, I know. He's 82 years old. But when you're one of the richest people in the world, age doesn't matter. And he has the stadium named after him. That is an automatic 10 BJ's a day, if he wants them.