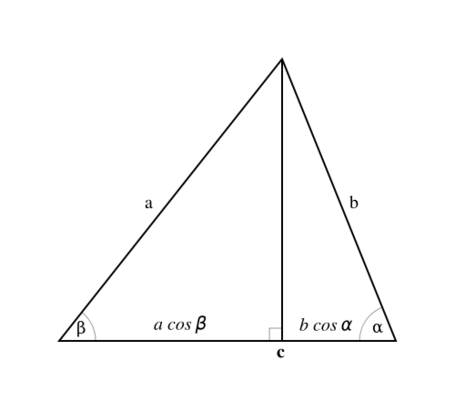 Cosine all over your face!

Being the mathematical genius that I am*, I thought it might be fun (this is fun!) to try to break the different aspects of the Cowboy Offense into two main groups; one group comprised of facets that we can predict, and the group made up of things that we have no idea what to expect out of... or in other words constants and variables.  Then we can assign a number to each constant which will allow us to solve for the variables to come up with what kind of performances are needed from the variables in order to equal a productive offense.  It's way more stupid than it sounds.

*In other words, OnDemand functions as my Ambien, and Good Will Hunting is on Starz right now, so my dreams have me convinced that I can solve Parseval's Theorem. I am also finding mannish looking English women more attractive than usual.

So here we go nerds! Let's start by defining the constants of the offense, the things that we can depend on working in a predictable manner unless something catastrophic happens.  Then I'll assign each constant a value that is based on a 0-10 scale.  So for example: an average running back would be a 5, Kendall Hunter is a 9. Feel free to disagree with these numbers all you want as they are purely made up by me based on perceived productivity of each unit. And yes, this is not any sort of real data crunching in any form, merely a method for me to make sense of the different aspects of the Cowboy offense, and what performance levels are needed from each.

Kendall Hunter - Kendall will be productive whether the variables around are helping or not. If it means lots of screens, counters, draws, maybe even some wildcat, Kendall is going to get the ball out of the backfield, and do good things with it.  There is also good depth behind him should it be needed.
Value: 9

Dana Holgorsen's Scheme - The Air Raid, or whatever we want to call it, has proven successful everywhere Holgorsen has managed it.  The scheme is proven, the scheme is good, sussudio.
Value: 9

Starting Receivers - The top 4 are in line to be good. They are proven enough to be considered a constant.
Value: 6

Kicking Game - Dan Bailey is a sure thing inside of 40, and Quinn Sharp will be a Ray Guy contender. I am including this as offense because it equates to good field position and dependable scoring from the kicker.
Value: 8

Experience - The part we wish we could overlook, but history has shown that it is a factor in future performance.
Value: 2

Next the variables.  Obviously these won't have a value yet as they are...um... variables.

Brandon Weeden - I know that we have a lot of faith in him, and all signs are pointing to the MDM becoming a constant.  But right now he isn't proven, he hasn't done it yet, so he has to be a variable... albeit a less risky variable.

Offensive Line - A lot of superb athletes here, but we really haven't seen them perform yet.

Receiver Depth - This is probably the biggest variable of the bunch.  Currently we are moving QB's and DB's to WR to see how they fit.  A few bright spots have shown through in Isiah Anderson, Colton Chelf, and Chris Dinkins, but this is definitely a wide ranging variable at this point.

Defense - A turnover producing, field position dominant defense can obviously help the offense.  Though I wouldn't make this a high priority factor for offensive output.

This part is really pretty simple. First an example.

So lets say we put the running game in a vacuum, and want to figure out how good of a run blocking offensive line we need in order to have a productive running game.  All we have to do is assign percentages to each aspect that defines a running game, then figure out the possible values for the missing variable.  Remember, 0-10 scale, 5 is average.

To keep this simple for the example, I will say that a running game is comprised of three equally weighted factors, the Running Back, the Offensive Line, and the threat of a good passing game to keep defenders from cheating up.  So just as an example, let's say that the Passing Game rates out to a 7.  Now we know what type of a line we need in order to have a successful running game.

So in this example, the Passing Game and Running Backs alone add up to 5.3. That is slightly above average even if the offensive line ranks at a 0. And if the Offensive line is just average, it equates out to a well above average running game.

Make sense? Follow up question, is this stupidest thing you have ever read?

Now here would be the entire offense.

Now we need to weight them all. If everything were weighted equally it would work out to 11.1% for each factor. To me, the most important factors are Scheme, Line, Kendall and Weeden, while the lesser impacting factors are Defense, and Kicking Game.

So here is how I will weight this thing. And I'll go ahead and finish the constant rows.

With the weights assigned and just the constants filled out, Oklahoma State has a barely below average offense, even assuming the variables end up being ranked last in the nation. But Hey, I agree with that. An All-American running back and a top flight offensive coordinator running a proven scheme should get a team most of the way there. Now I can fill out the rest of it using any hypothetical scenario I want.

What if the variables play to the national average?

That works out to an offense that is in the top 63% of all offenses.

Is this a perfect analysis? No.  is it an average analysis? Nope.  Is it in any way coherent? Probably not. But it is words and charts and numbers on a website, so that has to count for something right?  Honestly though, it does help for me to assign number values to things in order to make better sense of them.  Rather than thinking, "Weeden will be good," I like to assign it a score if you will... like, "Weeden will be between a 7 and a 9".  Then I can compare it across other positions and players and make some sense of my expectations for them.  Using this uniform scale, my woman-pleasuring skills falls somewhere between Aso Pogi and Nathan Simmons.

So take this for what is was worth, if nothing else, let me know what you feel are the constants and variables of the offense that I may have overlooked.