Brandon Weeden is Older than Dirt

Share All sharing options for: Brandon Weeden is Older than Dirt

Kind of credible sources tell us that the NCAA will soon open an investigation into the actual age and eligibility of OSU quarterback Brandon Weeden.  This follows a recent report that Weeden is actually 87 years old.

When reached at his dorm for comment, Weeden himself paused for a moment to remove his leather padded helmet and take a cool sip of refreshing lemonade before rocking in his chair and launching into a largely nonsensical story about fighting the slants on Okinawa back in '45.

Weeden's girlfriend, Dorothy (Sarah Lawrence, 1952) clarified Weeden's answer this way.  "Brandon's always had a love of sports", says Dot, "I remember when he signed with the Dodgers.  He was so excited about moving to Brooklyn he nearly wet his knickers!" 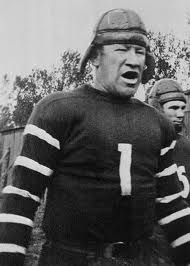 Should the investigation find that Weeden is actually older than the age Gundy put on his OSU admissions application, the NCAA would then have to determine if Weeden was violating his eligibility by submitting SAT test scores from the late 30's and whether "gout" or "parkinsons" is currently covered under today's IR rules.

For his part, Weeden seems philosophical.  "If'n I can't play, that's alright," says Weeden in between naps.  "Me and my buddy Chet can always jump in my jalopy and play backgammon down at the soda shop instead."