Oklahoma State vs Troy: Quick Notes and a Recap

Share All sharing options for: Oklahoma State vs Troy: Quick Notes and a Recap 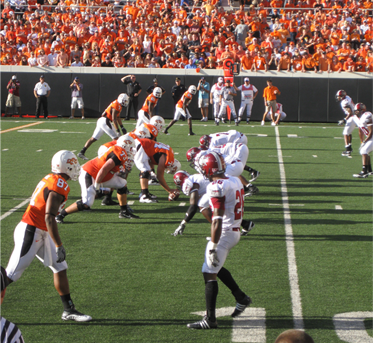 All photos by author

Just got home, voice is gone, throat is killing me, not sure if I'm drunk or pre-hungover, and the Cowboys won the turnover/penalty-fest. I don't want to get too analytical or too negative (even though there is plenty of room to) until I've had a night to process this... but here are some quick notes for now.

I think that will do it for tonight. Here is a link to the SB Nation game recap courtesy of Sports Network. I'm off to bed to dream about running victory formation out of shotgun.