Well, that was nice wasn't it?

After being picked to finished 5th in the Big 12 South, Mike Gundy led Oklahoma State to its first 11 win season in school history - and a share of the Big 12 title.

But the savoring of all of that is now over and the pressure of finding a replacement for Dana Holgorsen begins. It's time to look for an offensive coordinator.

I find this quote from Coach Gundy in the Tulsa World to be very interesting.

To me, it looks like Gundy wants to see how invested they players are in the current offense and whether or not they are staying. I have to think that Blackmon and Weeden, if given the choice, would opt to stay the course and keep running the same offense that gave them big numbers in 2010.

We'll call this the "Stay the Course" decision

Yet another Leach disciple. Riley was given play-calling duties in Texas Tech's 2009 Alamo Bowl trip and was so damned good that Ruffin McNeal took him along with him to East Carolina. The East Carolina Pirates are currently 22nd in total offense under Riley. He's just 27 years old, but he knows the offense and would appear to be good for a few years at Oklahoma State before he left for a head coaching job. He's also the only person that has be officially contacted by OSU.

I'll admit that this is a bit of a long shot, but why not? Especially if Blackmon and Weeden stay. It's a bit of a step down for him but if you look at it as short-term opportunity it makes sense. He can go to a school with two Heisman candidates that know his offense, and were just 1 game shy of a BCS bowl in the first year of running it, or he can go to Florida Atlantic. Oklahoma State OC seems like a pretty good fit for a guy that wants to get back into coaching, chase a title and get his cred back.

Kingsbury played for Mike Leach at Texas Tech and worked for Dana Holgorsen at Houston. He was promoted quickly from grad assistant to co-offensive coordinator in just one season and knows the Leach offense like the back of his hand. He's also young.  Perhaps this is exactly what Gundy wants. A guy that knows the system - but is not set in his ways. You know, a guy that he can bully a bit.

But what if Gundy sits down with the players and they don't want to stay the course? What if they leave for the NFL?What if Riley, Leach and Kingsbury don't work out?

Well, he promotes from within. I mean, the current coaches have a year in the system too right?

"Promote from Within" Candidates

Meacham is currently the inside receivers coach, and that position has proven to be a good spot to promote from. He's a former offensive guard for OSU so he has reasons to stay and build a program over building a resume.

Brewer has taken a job at Ole Miss. No longer in the running. 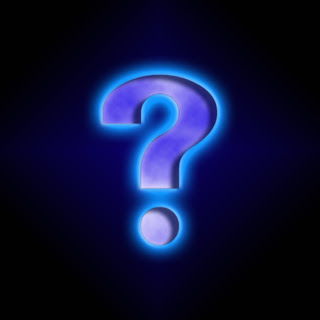 Is this a total cop out? Absolutely! And if you've read this far - I apologize. But honestly, there is no way to list every possibility. Who's to say Boone doesn't have a special love of Chris Ault and the Nevada Pistol offense like we here at CRFF do? It would seriously be a great fit.

We'll keep you posted as this plays out and more importantly, I'll be announcing my pick for OC later this week.