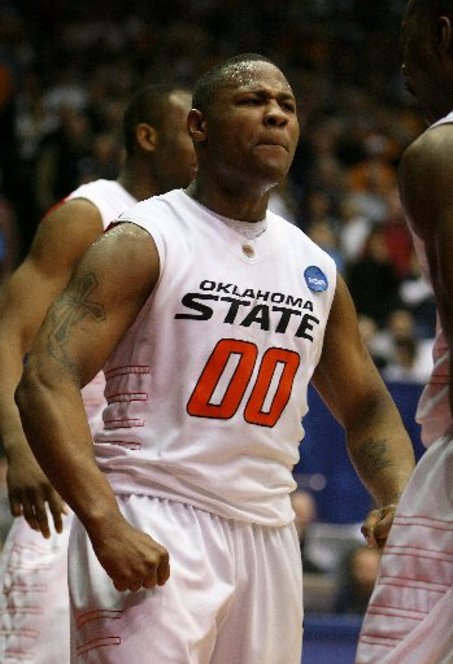 There are certain positions in all sports that as fans we feel like we know well enough to evaluate -- QB, Offensive Coordinator, and Pitcher springs to mind --  but a basketball player is by far the easiest of all for an average fan to judge.  It is a very naked sport and as such we watch games and all know that the PG should have hit the cutter on the baseline, the Center should have passed out of the double team, Page should just shoot it, Sidorakis should quit being Sidorakis,etc.  It is the easiest sport for a fan to have an opinion about every players ability.  And as a result, it is easy to pick out moments of greatness from players that don't regularly show it.  A guy that has been plodding up and down the court all of a sudden pulling off a lightning quick spin move for an easy lay-in, a guy that is getting burned all day all of a sudden locking down his man in the last few minutes of a close game, and so on. These moments of greatness are what we consider to be this players potential if he could just play like that all the time, and as fans we are always holding them to this measure.

Ultimately most players will fall short of these lofty expectations, so how does a player get to, or even exceed, their potential?  It is a combination of factors, most of which are in the players control.  In order for a player to be able to play at or above their perceived highest level of play, the following things must happen:

Now I am not sure if I am strange for doing this or if it is a common attribute of fans, but for some reason I am always evaluating how close Oklahoma State basketball players are to what I perceive to be their potential, and these arbitrary evaluations always stick in my head.  I am continually thinking about if Player X is playing to his potential or not. So if something were to remind me of Melvin Sanders, I would immediately think of a guy that wasn't all that physically gifted, but knew his role, knew his strengths and weaknesses, tailored his game accordingly, played his ass off, and as a result exceeded his potential during his time at Oklahoma State.  And I do this with everyone... so how about a list?

Here is my list of Cowboys since 1996 (when I first consider myself old enough to have a decent opinion) that most impressively met and surpassed their expected potential during their time in Stillwater, based solely on the potential I saw in them.  This is in no particular order except for my #1 is definitely Byron Eaton.

And of course, while the guys that met or exceeded expectations are kinda remembered, the guys that fell way short really stick out. I am not listing the guys that just never made it (Gerald Green, Estelle Laster, etc), I am talking/writing about the guys that played for the Pokes for multiple season, showed flashes of greatness, but never could put it all together for whatever reason.  Once again these are not ranked, but JamesOn Curry is for sure my #1.

What do you think?  Which Oklahoma State players have either exceeded or fallen short of what you thought they were capable of?