Share All sharing options for: Two QB's For Maximum TEXAS Sucktitude: An Analysis

Last Saturday, two University of Texas Quarterbacks played in the Red River Shootout (political correctness be damned, "Shootout" sounded a lot cooler and if it perpetuates gun violence between OU and Texas fans, all the better) and both of them were...eh, "mediocre" would be kind.  They sucked; "sucked" is really the word that should be used.

Case McCoy and David Ash shared more than just the field last Saturday combining for a paltry 223 passing yards (well under Laundry Jones's 337 yds), they also had to split ONE WHOLE TOUCHDOWN between themselves all game.  The gruesome twosome combined for four turnovers, two on McCoy fumbles and two on interceptions thrown by Ash.  Instead of these two turd QB's canceling each other out like so much Algebra, Texas lost 55-17.

This Saturday, the #6 Oklahoma State Cowboys travel to Austin to take on these Longhorns with their ever rotating revolving door of QB's.  The Longhorns under Mack Brown have never lost the week after the RRS, including 2010's win over a #5 Nebraska in a year UT was in the 5-7 gutter sharing mayonnaise sandwiches with Iowa State.  So, the Longhorns are capable of playing up the week after they meet OU in the Cotton Bowl.  However, with the two sub par performances McCoy and Ash turned in last week, the Longhorns look to be rudderless and the turnover machine of the OSU defense will force some cough-ups.  NOT TO MENTION OSU'S OFFENSE CAN HELP GET YOU TERMINATED FROM YOUR 8-YEAR COACHING POSITION AT ARIZONA UNIVERSITY

(Jump to Meet The UT QB's That Were Able This Year to Beat UCLA! And Iowa State!) 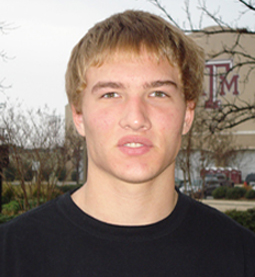 "Baby Ash" (did not make this up. "Baby Ash" is the most unfortunate football nickname ever, making fun of it would be like dynamiting a barrel of fish.)

Arm Strength (Ash was able to whiz his passes into tight coverage effectively a few times vs. OU, although he was twice picked off.)

Game Management (Ash and co. turned a 1st and 10 on the OU 15 into a 4th and half the field from the UT 47 for arguably the most cringeworthy UT drive of the day.)

Clumsiness (Ash, at one point, dropped back to pass at such a poor angle that he unwittingly ran into the running back and stumbled, resulting in a broken play) 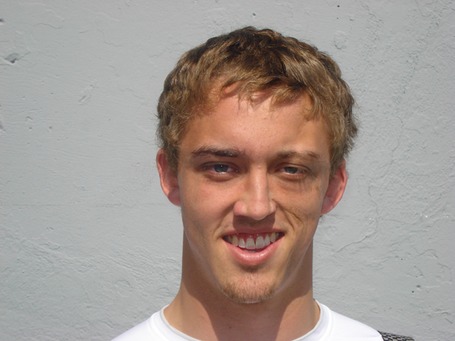 Colt McCoy, Jr., Opie, Jr., What's with the right side of your face, Junior?

Turnovers (McCoy has yet to throw an interception this year.)

Mobility (McCoy does not seem to have his older brother's ability to gain necessary yards on the ground, or even want to try, only attempting 9 rushes this year.  He also hasn't shown an ability to weasel out of sacks quite like his bro could.)

Often being mistaken for a "Batman" villain ("Two-Face")

Ash has the arm, but McCoy is the more graceful and careful QB (but that really isn't saying much). Brown should go with McCoy, and just hope his running game can have a lucky day.  If Mack goes with the two QB look again, these two will have another lack-luster day combining for about 250 yards, while Brandon Weeden and his WR wrecking crew of Blackmon, Cooper, Aniyum, and Moore will run rampaging toward a depressed and despondent Bevo for triple the TD's McCoy has scored all year.