Share All sharing options for: Vote for Davey O'Brandon! 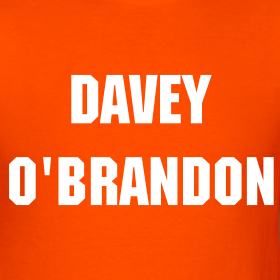 Brandon Weeden has been named a semi (haha) finalist for this year's Davey O'brien Quarterback award.
Weeden is one of sixteen finalists for the award that honors the nation's top quarterback based on their athletic ability, academics, character, leadership and sportsmanship.  Weeden has led Oklahoma State to a 7-0 start and a current #3 ranking in the BCS standings. He's completed 222 of 309 passes for 2,436 yards and 19 touchdowns.
Fans can vote one time per day at www.voteobrien.org so go vote! The winner will be announced December 8 on ESPN. Let's do everything we can to make sure the best quarterback, playing in the best conference, playing the best competition wins this award.
Oh, and if you would like to contribute to the 2011 CRFF Bedlam Kansas State drinking fund, you can purchase the official CRFF Davey O'Brandon shirt here.