After a 3 week hiatus, the power rankings are back.  Does the 3 week gap make these a little bit meaningless since we aren't monitoring the ebb and flow of the "power" of the conference?  Nope.  I don't even know why anyone would bring that up.  On to the meaningful power rankings!

Last Week Result: W vs Ball State
Last Rank: 2
Votes:
#1 - Sam, Royal, King
#2 - Cincy, Yachoff
Comments:
Sam- I know. I know. I still think we have a 1a and 1b, but right now, Bedlam on a neutral field, with my life on the line, I would probably take OU. Blow me.
Cincy - How good are they?
Royal -  Best resume so far. I've got them barely edging out our beloved Pokes. The RRR should tell us a lot more.
King - FSU is trying to doom the sooners SOS and are doing a damn fine job of it. Ball state w means nothing, that was more of a pre-Texas scrimmage. What will it take for me to put OSU number 1? Well, A&M and zona not completely sucking would have helped, but regardless of what OU does this week, if we get through @UT and @mizzou and are 7-0, OU gets downgraded.
Yachoff - This is a reflection of OU falling in the real polls, too.

Last Week Result: Bye
Last Rank: 1
Votes:
#1 - Yachoff, Cincy
#2 - Sam, Royal, King
Comments:
Sam - 1 and 2 are obvious right now, unless someone out there really thinks Texas is legit (they might be).
Cincy - Best resume
Royal - Thanks, A&M. Thanks a fucking lot. What's your defense this week, Sherman? What was once a resume building win has become a punchline joke.
King - We need to beat KU by about 50, and escape injury free. I'm not worried about where we're ranked or any of that right now, it will sort itself out as the season progresses.
Yachoff - We have proven ourselves over more powerful opponents than anyone else thus far.

Last Week Result: W vs Iowa State
Last Week Rank: 5
Votes:
#3 - Sam, King, Cincy, Yachoff
#4 - Royal
Comments:
Sam - It took them a few weeks to get the ball rolling, but when you can embarrass the fightin Steele Janze's (formerly the Fighting Seneca Wallaces) like that, I guess I will start believing.
Cincy - Longhorns back to form?
Royal - For right now, they get the fourth slot. However, I fully expect them to be brought back down to Earth this coming week against OU.
King - Nobody else to put here really, and with "quality" wins over UCLA and Iowa State on the road, I guess I'll have to wait til next week to drop the longhorns.
Yachoff - Coming up in the world with McCoy/Shippley part 2... and this time they sleep in the same bed.

Last Week Result: W vs Baylor
Last Week Rank: 10
Votes:
#3 - Royal
#4 - King, Cincy
#5 - Yachoff
#6 - Sam
Comments:
Sam - Kansas State?  Really? I guess. I mean, whatever. I would still probably expect anyone except Kansas to beat them, but they keep winning.  Stop winning. You shouldn't be winning.
Cincy - Shockingly good resume.
Royal - Crazy, right? But seriously, they've gone on the road and beaten Miami and edged out a win over RGIII. That's better than anything Texas has done so far.
King - Unlike Missouri, they actually beat someone decent on the road (Miami), and finally put and end to all the fucking Baylor talk. Grandpa knows how to coach a team up.
Yachoff - Unbeaten, looking adequate, hope they can make home stand against the great pretenders: Missouri.

Last Week Result: L vs Arkansas
Last Rank: 3
Votes:
#4 - Sam, Yachoff
#5 - King, Cincy
#7 - Royal
Comments:
Sam - I dont care that they can't seem to figure out that teams will pass when they fall behind, I still cant bump anyone below here up quite yet.
Cincy - When will everyone realize the aggies just aren't a great team?
Royal - If your QB can throw the ball, your team can beat A&M. Sherman may never even get to see the SEC
King - I'm putting them at 5 to make it look like a better win for us. Back to back double digit halftime leads blown, but at least they didn't have as many "injuries" this week. Jeff fuller is a joke, doesn't look like he cares, and that should end all "Fuller is the best in the big 12" debate.
Yachoff - Still a good team after a tough two weeks.  They may get the shit kicked out of them by Tech, however. 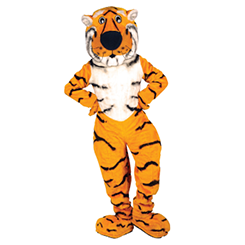 Last Week Result: Bye
Last Week Rank: 9
Votes:
#5 - Royal, Sam
#6 - King
#7 - Cincy
#8 - Yachoff
Comments:
Sam - I am kinda becoming a believer in Mizzou. Their 2 losses aren't that bad, Franklin seems to be coming along, and they have a running game. I kinda wish we could play them earlier (like OU did) before they really get this thing figured out.
Cincy - QB is just ok. Weak D.
Royal - The defense is still good and they can run the ball well on offense. This team continues to scare me as an OSU fan.
King - I don't believe in James Franklin. In mizzous two biggest games this year he did just enough to make it look close, but not enough to win. Columbia is still a hard place to play, but their pass defense isn't very good, and that doesn't bode well for the tigers.
Yachoff - Don't believe the hype (the hype that stopped being hyped bout three weeks ago after their loss to Arizona St.)

Last Week Result: L @ Kansas
Last Week Rank: 4
Votes:
#6 - Cincy, Yachoff, Royal
#7 - King
#8 - Sam
Comments:
Sam - RG3 does not a team make.  Although, that last interception aside, the dude looks so much better than last season.
Cincy - No Defense
Royal - Hey, remember when the media loved RGIII? That was cute. I don't think we'll be seeing ESPN running the stat line of conference wins for Baylor any time soon.
King - Let's all welcome the bears back to reality. Every time Griffin gets hit I'm sure he won't get up, but somehow he does. I don't think he'll finish the season though.
Yachoff - Need to shake off a nightmarish loss that really should have been a win at K-State.  Griffin III's more TD's than incompletions is why he'll be playing next year... in the NFL. 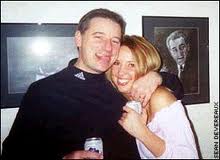 Last Week Result: L vs Texas
Last Week Rank: 6
Votes:
#7 - Sam, Yachoff
#8 - King, Cincy, Royal
Comments:
Sam - Texas got some revenge on them, but they still have Steele!... and Natty.
Cincy - Slow
Royal - Welp, so much for the Cinderella team. It got ugly quick last Saturday.
King - Another team hit a reality wall this weekend, but I think they are good enough to beat tech, Kansas, and should have decent shots at Baylor and ksu, so a bowl is still on the table.
Yachoff - Looking better than they have in many years, they still had shitty coverage vs. UT.

Last Week Result: Bye W vs Kansas
Last Week Rank: 7
Votes:
#9 - King, Sam, Cincy, Yachoff, Royal
Comments:
Sam - Ya, I know they are undefeated, they are still at #9. Anyone should be undefeated with that schedule. Our practice squad would be undefeated with their schedule.
Cincy - Slower
Royal - Wow. I really expected a bigger improvement from Year 1 to Year 2 under Tuberville. When you let Kansas take a lead like they did, it makes you wonder what the other teams in the league will do to the Red Raiders.
King - When does Texas tech play a team that isn't Kansas? That's when they will lose their first game.
Yachoff - Don't know much bout them cause they havent been on TV much...\

Last Week Result: L vs Texas Tech
Last Week Rank: 8
Votes:
#10 - Sam, Cincy, Royal, Yachoff, King
Comments:
Sam - yikes
Cincy - Slowest
Royal - Sorry boys. It was just a matter of time before you had to play the conference schedule.
King - Jayhawk fans have already begun their yearly basketball season watch, to them (and the team maybe) football season is over.
Yachoff - Countdown to new coach has started.  How about Mike Leach?