Oklahoma State's Path To The Big Easy Won't Be Easy

Share All sharing options for: Oklahoma State's Path To The Big Easy Won't Be Easy

Oklahoma State has 3 stops left on it's path to the Big Easy. But if history is any indication, that path won't be easy. It never is.

The Cowboys are currently in several situations they have never been in before. They currently sit at number 2 in the BCS rankings and are 9-0 for the first time in 66 years. Along with that, they are officially on the national championship radar. Not just "the radar". The NATIONAL TITLE radar.

Gone (for the short term anyway) are the days of being 3-7 and playing spoiler against OU in our last game of the season. This time around, the Cowboys are the team to spoil and don’t think for a second that Texas Tech, Iowa State and Oklahoma aren't aware of this.

Being ranked this high and having a real chance at playing for a national title doesn’t come easy.  Click the jump for a look at the last 5 years.

Unranked Georgia built a 21-7 first quarter lead but Auburn fought back to tie the game 21-21 before the half.  The Tigers eventually won that game 49-31.  Later in the season, Auburn was down 24-0 in the second quarter and then rallied to defeat Alabama 28-27 in front of 100,000 Bama fans in Tuscaloosa.

Alabama trailed LSU 15-10 at the end of the 3rd quarter. 14 fourth quarter points sealed the 24-15 victory. The Tide found themselves down 14-0 against Auburn and then rallied to win 26-21. They later went on to beat Texas in the BCS title game.

Aside from the well publicized loss to Ole Miss the 2008 Florida Gators did not have single scare all season. Praise Tebow! 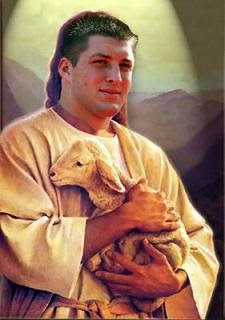 The Tigers lost at Kentucky and then lost their final regular season game to Arkansas in a 3 OT thriller but despite having 2 regular season losses, LSU went on to win the SEC Championship game and defeated Ohio State in the BCS title game. How's that for luck?

Imagine this for a second:

You’re ahead just 1 point with 8 seconds left in the 4th quarter. The opposing team lines up to kick a 48 yard field goal that will ruin your season.  It all comes down to this……AND IT’S BLOCKED! This is exactly what happened to the 2006 Florida team against South Carolina. It’s known on the interweb as the THE 'COCK BLOCK.

The 2005 Texas team that won the National Championship came in to Stillwater late in the season with the #1 BCS ranking.  They faced an Oklahoma State team with a losing record. Despite Oklahoma State's 0-4 start to conference play that year, the Cowboys build a three score lead in the second quarter and led the Longhorns 28-9.

Weird things happen when you’re one of the best teams in the nation.   You’re likely going to get every team’s best shot - especially in the final stretch when the picture is clear.

So don’t be surprised if Texas Tech, or Iowa State or Oklahoma builds a big lead in these next three games. It can happen, and we can still win it all if it does.