Heisman, Biletnikoff, and National Championship In The Same Year?

Share All sharing options for: Heisman, Biletnikoff, and National Championship In The Same Year?

I paused the television. I looked away and rubbed my eyes. I hit rewind and then play.

Brandon Weeden is now the front runner for the Heisman trophy. Over Trent Richardson. Over the cave troll known as Andrew Luck. The MDM is sitting on top of the race for the best player in the nation.

Maybe I shouldn't be so surprised by this. I mean we all knew it was possible. But still, actually seeing his picture in the top spot on the BCS Countdown show put me in a temporary state of disbelief. How can a quarterback playing for Oklahoma State pass a running back that plays for a traditional powerhouse school? Even more surprising, how can he pass the guy whose name was basically stamped on the trophy before the season even started?

Here's the best part. If Weeden has an above average game against OU and OSU finishes 12-0 and goes on to play in the National Championship game, Weeden WILL be the Heisman winner. There is absolutely no doubt in my mind about that. Of the players that are legitimately in the running for the award (the two mentioned before), only Weeden is likely to be playing on December 3rd--the last date anyone will play before the bowl games. That gives him a tremendous edge as he will be the last contender the voters will see. And it certainly won't hurt that Bedlam will likely be on national television.

So once I was able to wrap my mind around this, I started to think "What else?" What else can happen in this ridiculous dream season?

How amazing would it be if Weeden won the Heisman, Justin Blackmon won the Biletnikoff, and OSU won the National Title all in the same season? 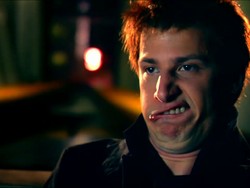 In all actuality, it very well can happen. Blackmon is starting to go back into beast mode at the right time. He is averaging 160 yards and 2 touchdowns in the last three games. He has over 1100 yards receiving for the year and leads the nation in receiving touchdowns with 14. His main competition was Ryan Broyles but with his season coming to an unfortunate end due to injury, Blackmon should be in the driver's seat for the award.

So it looks as if the Oklahoma State duo can indeed walk away with both awards....but there is one thing that can make it better--the National Championship title. This would obviously be the most difficult of the three achievements to accomplish. It seems likely that the opponent will be from the SEC. Whether it is LSU or Alabama depends on the next few weeks but either way, the Pokes will have their work cut out for them.

But what if it does happen? What if Oklahoma State's offense goes to work on one of those oh-so-dominating SEC defenses and the Pokes win the game?

A Biletnikoff winner, Heisman trophy, and National Championship all in the same year? For Oklahoma State?!

It's crazy but it is most certainly possible. And for a school that just five years ago was fighting for bowl eligibility it is quite remarkable to think about. It wasn't too long ago that OSU fans would have strangled a hobo just to have a player considered for one of the individual awards. To achieve this Trifecta would certainly be the greatest achievement in school history and one of the greatest achievements in college football history.