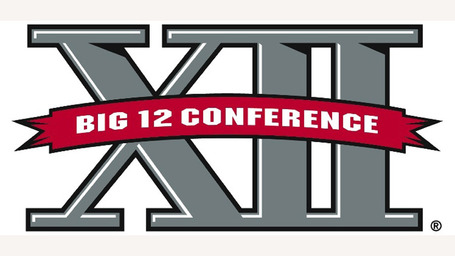 Hey, we're slowly getting this "weekly" feature thing down. I'll drop our composite results here and our "analysis" after the jump.

Things that surprised me? Well the biggest surprise is that I had Baylor ranked higher than anyone else, and I'm usually anit-Baylor. I guess that speaks to the jumble at the middle of the pack. I was also surprised to see that we all agreed on who the worst 4 teams in the league are. Really, and this isn't anything new to anyone, but OSU is a step above everyone, OU and KSU are a close second, Tech and Kansas are terrible (suck it OU), and everyone else could beat everyone else any time (it made sense in my head).

To see our thoughts and our rankings follow me over the jump....

1: Oklahoma State 10-0
Only undefeated team left, getting better as the year has progressed (scary thought), and is two wins away from a date in New Orleans. Offense is unstoppable, and defense is playing well (when the quarterback isn't a linebacker), should be hard to stop us this year.

2: Kansas State 8-2
Two tough losses, then a comeback win over A&M. Sure, OU beat them hard, but I think they're better now than they were three weeks ago, and are probably the favorites to go to the Cotton bowl.

3: Oklahoma 8-1
OU is the most inconsistent team in the league right now, and that's why I have them third. You could just as easily see them play like they did against Tech as you could they way the played the second half against KSU. Loss of Whaley and Broyles is a big hit, along with lingering defensive injuries makes for a tough team to place. Could easily win out or drop 2 of three.

4: Baylor 6-3
God it hurts to put Baylor that high, but considering the rest of the group my options were limited. This weekend is a huge game for Baylor, as a win over OU gives them a decent shot at winning out, and thinking of Baylor at 9-3 hurts my brain.

5: Missouri 5-5
You know it's been a rough year when 5-5 is worth fifth place. Missouri is coming off a big (though low scoring) win over Texas, and, like Baylor, is looking to finish strong and win out (and with Tech and Kansas in their way, they should).

6: Texas 6-3
The Longhorns should probably be above Missouri, but they just lost to the Tigers. Every week I think Texas has turned a corner, and every other week they shit the bed and prove me wrong. Will be interesting to see how the Longhorns finish, but with games left against KSU, TAMU, and Baylor, losing out is a real possibility. They already have their bowl ticket punched though, so I'm sure the Longhorn faithful are ready to win the National Championship- next year.

7: Texas A&M 5-5
Want to know a guaranteed way to beat TAMU? Let them have a 10 point or greater lead in the first half, and they will lose in the second. That's as automatic as they come. Ag's blow, enjoy the SEC.

8: Iowa State 5-4
With 3 games left the Cyclones need one win to become bowl eligible, and that would be a huge feat for Paul Rhodes and crew. Unfortuantly their last three games are against OSU, OU, and KSU, so losing out is the probably result. But, after this weekend, I'll be pulling hard for a Cyclone upset in either of their two remaining games.

9: Texas Tech 5-5
The Raiders, fresh off a mark of the beast ass kicking, need a win over either Mizzou or Baylor to make it to a bowl, and they way they've quit I don't see that happening. Apparently their bowl was a win over OU in Norman, so I guess they've got that to remember while they enjoy December sandstorms down in hell.

10: Kansas 2-8
Move along, nothing to see here. Though they did put up a good fight against both Iowa State and Baylor, (in fact they took BU to overtime, but failed a two point conversion), so there has been some fight in the Jayhawks, just not enough to overcome their suck.

I'm going to say this now. We are not going to lose. We are going to New Orleans and are going to beat the shit out of whatever team makes it there. If that's LSU, so be it. We are the best team in the country and in about 2 months everyone will know this beyond a shadow of a doubt.
2. Oklahoma
I get the feeling that OU fans are really downplaying the loss of Whaley and Broyles. I dare them to run that Blake Bell shit all day against Baylor. RG3 is a whiny bitch but he's better than Seth Doege. Sharks are gonna have their hands full this weekend in Waco.
3. Kansas State
Anyone see how Missouri ran all over Texas last weekend? Klein is going to have a FIELD DAY against that Longhorn D.
4. Texas
Is this Big 12 really this bad?
5. Baylor
Baylor runs the football well and has a QB that throws a pretty nice ball. Win this weekend and they'll likely finish 9-3. You heard that RG3?
6. Missouri
Without a doubt, the best 5-5 team in the country. They'll look to finish strong with games against Tech and Kansas. 7-5 and a shitty bowl game sounds about right.
7. Texas A&M
Remember when David Ubben and every other college football "expert" had Texas A&M winning the Big 12 back in August?
8. Iowa State
Steele Jantz doesn't wear rubbers because he pulls it out every time. Not really, but it's a funny line.
9. Texas Tech
HOW IN THE HELL DID YOU DO IT RED RAIDER?
10. Kansas
Are the Jayhawks still playing Football?
Sam
1. OSU - Easy choice.
2. OU - I really think this is a down Sooner team due to the injuries and perhaps some overinflated preseason expectations.  They are still a very good team, but I think are now a full step behind the Cowboys.
3. K-State - Won the game of the year so far in the Big 12 over A&M last week, and I am fully on board the Collin Klein orgy train. By far my favorite non-Cowboy right now.
4. Missouri? - What a mess in the middle of the conference. Is this a product of a good conference where everyone is beating everyone up? Or is this the sign of a lot of young teams that cant seem to bring the same effort every week?  I am leaning towards the latter, but I hope I am wrong. All these 5 and 6 win teams should really just all count as the same team anyway.  Lets call them the TigHornRaidAgGodClones
5. Texas - see Missouri
6. Baylor - see Missouri
7. Texas A&M - see Missouri
8. Iowa State - see Missouri
9. Texas Tech - see Missouri
10. Kansas - The most exciting scroll all season was watching the Baylor - Kansas score roll along the bottom of the screen on Saturday.  I really wish I could have tuned into that mess.
Yachoff
!. OSU Wham, Bam, Thank You Gundy
2.OU Can't wait to see this Bell gimmick in the offensive shootout of the century.
3. KSU Nice 4ot win the other day.  Bill Snyder is looking less like the " -I'm going to go eat some Jelly Beans and then take a seven hour nap, mother"- Ronald Reagan and more like -"let's trade M16's and anti-aircraft missiles to the Iranians for hostages so we can fund the Nicaraguan Contras"- Ronald Reagan everyday.
-The drop off-
UT (tie) Ash led team managed field goal and a safety=others receiving votes.
Missouri (tie) Who cares?
Baylor BEST PRACTICAL JOKE OF THE YEAR?: Almost losing to Kansas.
Texas A&M  MONEY IN THE BANK:Sherman goes on the chopping block to clean house before SEC move.  5-5, fighting for that sweet pinstripe bowl  is not a good way to go out.
Iowa State-  Friday night football!  Reminds Yachoff of high school football.  So do the Iowa State Cyclones.
Texas Tech- Tubberville getting embarrassed is sweet, sweet, justice to the TT Mike Leach supporters-wanterbackers.  Never lose the hope.  THE PIRATE WILL RISE AGAIN!
There is another team but can't remember....
Royal

1. OSU - Hitting on all cylinders at the right time. Hopefully the Cowboys can escape Ames injury free.

2. OU - This power ranking would probably be better served after OU has to play without Broyles. I'm really curious to see how they do on offense against Baylor this weekend.

3. K-State - How wrong could we have been at the beginning of the season about these guys? They are about to finish with a 10 win season. I love Gundy but Snyder deserves Coach of the Year.

4. Mizzou - Baylor probably belongs here but I like what Mizzou has been doing in the past few weeks. I think the Tigers would beat Baylor today.

5. Baylor - For now. I think they'll move down after the next couple weeks because of who they play.

6. Texas - The offense looks ugly after being plagued with injuries at the RB position.

8. Iowa State - Rhodes is my favorite Big 12 coach behind Gundy. I like his personality and how it is reflected in his team.