A few quick hitting points about all the things Oklahoma State fans are feeling, doing, and feel-doing on this huge weekend for Cowboy sports.

Did everyone catch that #1 vs #2 game last night? 9-6...WOW! LSU eventually won on penalty kicks and is now in the drivers seat to get to New Orleans. The path for Oklahoma State to the title game became a little more direct as well, since there is no way voters will put a one-loss Bama above the Cowboys.  You can't ask for a rematch in the title game when the home team lost the original matchup. If they couldn't beat them at home, why should they get a neutral field shot? Also might want to look into a new kicker. I hear Gus has some eligibility left. 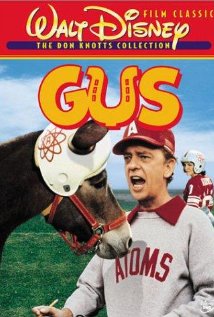 Speaking of asses (hey ho! Insulting segue champion!), how about this video of Herbstreit during the quake of 2011.

And last but not least, and the thing I am most serious about, everyone that is available, and is not performing earthquake repairs, head up to Stilly again today at 2:00 to watch the ridiculously athletic Cowboy basketball team take on OBU in the last exhibition contest. I think you can get tickets for $10, and it is a hell of a show to watch. OBU actually has a 7 footer and some 6'6 and 6'7 guys so this should be a little more telling example of how good this team could be than the Panhandle State game.

K-State recaps will be coming over the next couple of days. For now, let's sum it up by saying Collin Klein can be really really good, and Bill Young needs to look into spying on 4th and 7's when they have successfully run it with the QB 4 of the last 5 plays.