Poor, despicable Matt Lynch. All he wanted to do was show off for his friends. Instead, he has quickly become the most hated and laughed at failure-of-a-human being in Oklahoma.

Wow. Now here at CRFF we pride ourselves on our edgy, sometimes vulgar content but there are some things that should never be joked about. Unfortunately, Matt Lynch never had the genetic advantages of growing a brain larger than the size of a peanut. And that also explains why he dropped out of OU and is now attending--or did attend (more on that later)--Johnson County Community College.

But most importantly, the minuscule size of his feeble brain explains why he doesn't understand the concept of technology, the internet, and just how fast the shit can hit the fan.

Click the jump for the consequences of Matt Lynch's actions.

I assume those who haven't heard or read about this yet are fuming by now. Well fear not, kids. Karma does exist. And man oh man, did it ever come back to bite ol' Mattie in record time.

You see, Brandon Weeden isn't exactly an unknown player. He has quite the Twitter following. He also isn't very shy. So when he retweeted Matt's original statement with his own addition of "This is a joke right?", it didn't take long for OSU fans everywhere to immediately react.

This is where technology comes into play. If you're underage, you probably don't want this floating around: 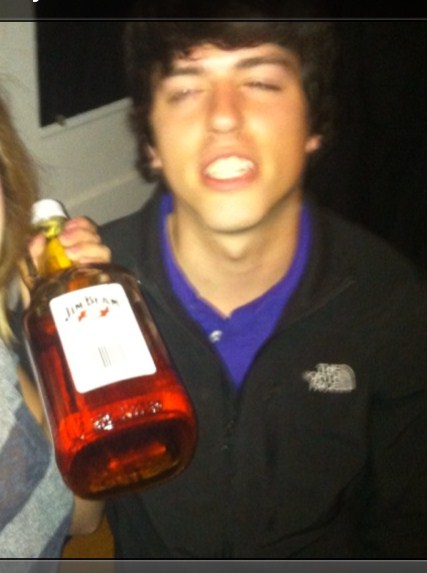 And if you're trying to stay out of jail, you probably don't want to post this for the world to see: 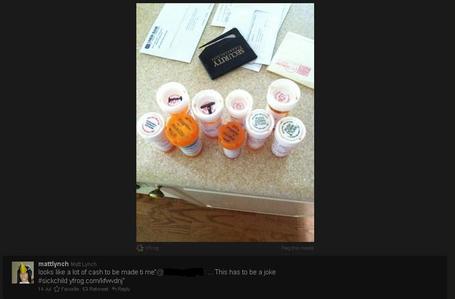 By the way, the interwebz are a funny thing. It stores all types of information. For example, telephone numbers. Now, I won't give his out but let's just say the damage has already been done...as indicated by a later tweet:

Awww, poor Mattie. He was just trying to be funny. You know, the whole "fifteen seconds of fame" thing? How was he supposed to know that he would become subject to ridicule so fast? Well it couldn't possibly get worse, could it?

Apologies to all #OSU fans. @Mattlynch does not represent Johnson County Community College. We share your grief and upset over his comments.

Whoops. Apparently the good people at JCCC don't appreciate having students that represent themselves in such an idiotic manner. Looks like OU may not be the last school to kick poor Matt to the curb.

All in all, I'd say this has probably turned into the worst day of Mr. Lynch's young life. In the matter of hours he has made enemies with most of the state, put his family through hell with constant incoming phone calls, and most likely has the police searching for him while his junior community college prepares his expulsion letter.

Karma. It's a vicious bitch.