(Part 1 of Pistol Pete's internment into the A.P. Lodge can be read here) 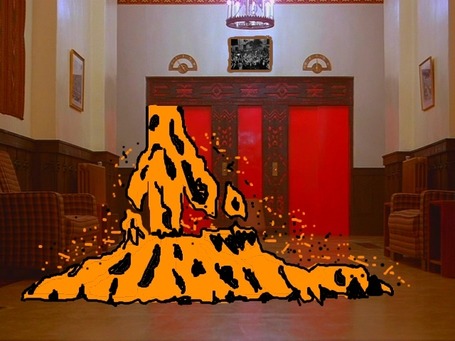 (Interior of lounge at A.P.'s Lodge. Pistol Pete sits beside a 3/4-drank bottle of Jim Beam with a selection of other peaked-at-second-place mascots, into perpetuity. Most everyone in attendance is looking very grim. The exception to the blue mood is Blue Devil, who smiles as he tends bar.)

(ALL WORK AND NO JUMP MAKES PISTOL PETE A DULL COWBOY)

Pistol Pete: That certainly is looking to be the case, Blue Devil. Damn BCS is all politics. Rigged eight ways from Sunday to favor the SEC.

Blue Devil, defensive, but beaming: Well, remember you are in good company. This place isn't so bad. Jayhawk likes it here, that's why he hired Charlie Weis last week. As for the polls being rigged, the good people of A.P.'s Lodge would never have any part of such things. But we always like to have new company here.

Pistol Pete: Yeah, your poll ranked the Cowboys third, too. It's ludicrous that anyone would want to see a rematch of those two teams. Alabama already had their shot. It was a game of 5 field goals. Alabama has all the offensive explosiveness of that bathtub lady up in room 237: 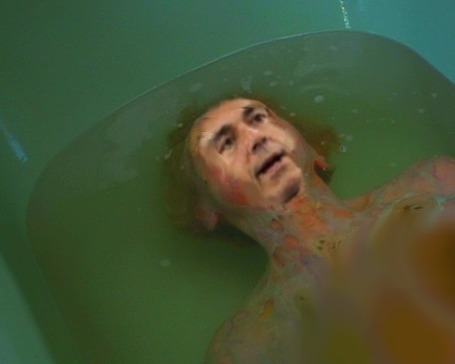 Gamecock: SQUUACKK? I suppose the Cowboys would do so much better? BA'SQUWACK!

Pistol Pete: Hell's yes we could! With our offensive attack and our fan's hatred of Les Miles we would have ripped a axe-sized hole in LSU's chest! PISTOLS FIRING!: 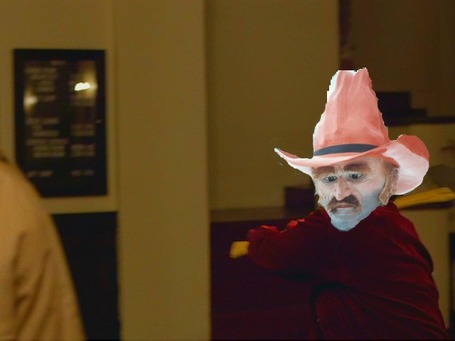 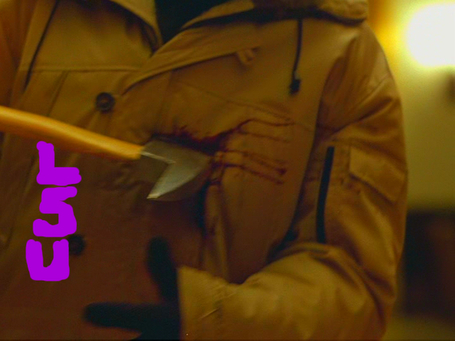 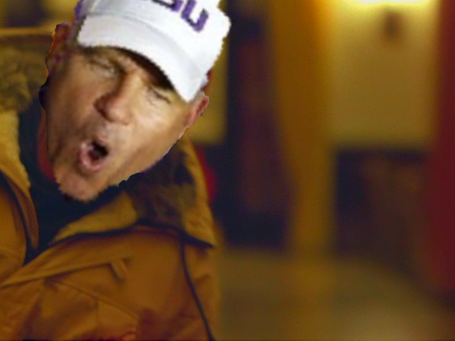 Willie Wildcat: It's all just pipe dreams now, Pete. Best you can hope for is second place this year. You have become one of us. Don't say I didn't warn you. And really, losing to Iowa State?

Pistol Pete: ISU was a trap game. Besides, we are a program on the rise. I'll be out of this lodge in no time.

(Pistol Pete grabs up an axe (which for some reason are plentiful at A.P.'s Lodge) and abruptly storms out of the bar with his mind set on finding some sort of way out of the lodge. The other mascots scoff at Pistol Pete's determination as he runs out of the bar.) 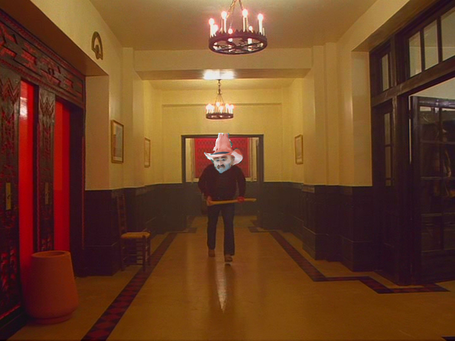 (Pistol Pete stalks around A.P.'s Lodge hoping to find an exit, but he only encounters the ghosts of BCS improprieties)

Pistol Pete: There's got to be a way out of here! So much weirdness and pain in this lodge. Maybe this door marked "Amabaja" is the way out. 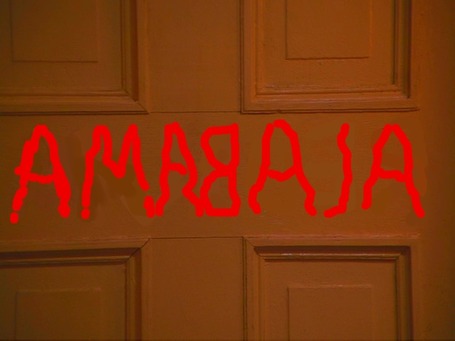 Pistol Pete: No! It's just Air Force Coach and fifth place voter for the Cowboys in the Harris poll Troy Calhoun being fellated by Alabama's mascot! I've got to bust down the front door. 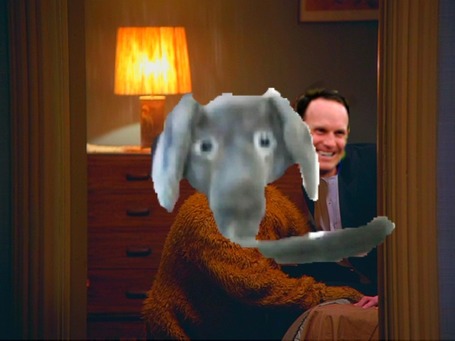 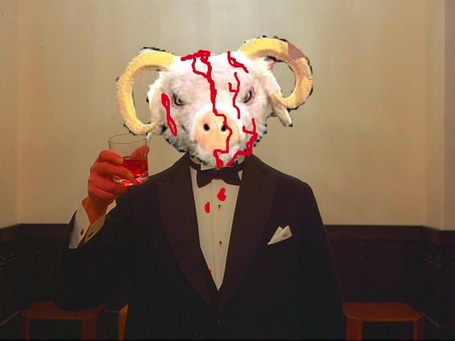 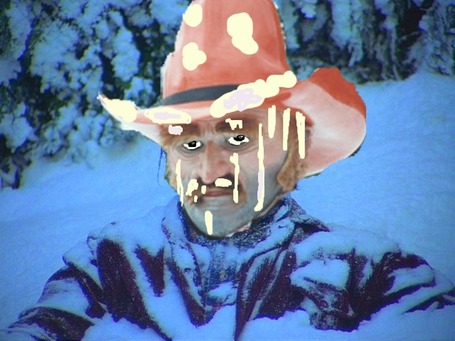