The OSU campus is filled with people from all different walks of life, and the Stillwater bar scene has a tavern to accommodate every type of person.  To anyone unfamiliar with Stillwater there are many places to choose from.  We have Washington St. AKA "The Strip", a three block long district of about 10 bars where you will find the main Thursday-Saturday night action.  Up the street from the strip, around Elm St. and Knoblock, you also have what I call the "Eskimo Joe’s Cluster" of bars, which is E.J.’s, The Stonewall, and George’s Stables.  And then there are some off-campus outliers: The Tumbleweed, The Ice House, and The Blue Room.  Plenty of action all over town for anyone looking to wet their whistle.

The Big 12 Conference, or "Beebe’s Kids" as it will be re-christened in July, is also a diverse organism.  Royal’s excellent post comparing our conference schools with music acts, and another great post done over at the Kansas State blog "Bring on the Cats" doing the same with Manhattan, KS bars/resturants a few years ago, have inspired me to create one of my own.

After the jump is your guide to selected Stillwater area bars as represented by the unique personality of each of the 10 remaining Big 12 schools.

Kansas/Willie's - 323 S. Washington St. Like Kansas, Willie's is only really good for one thing.  KU has basketball, and Willie's has drunk sorority chicks.  Actually, Willie’s also has a nice live music scene, as does Lawrence, KS.  The regulars of Willie’s are mainly the greeks of Stillwater, so there is an stale air of superiority throughout the bar, even though most people with any common sense know it is really nothing special. 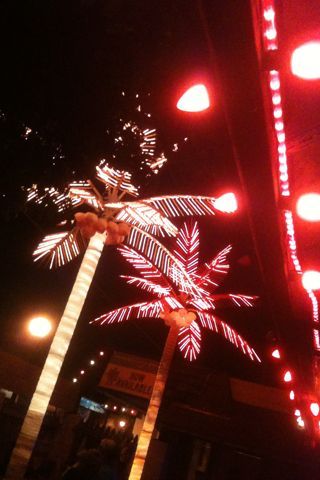 Kansas State/J.R. Murphy's - 306 S. Washington St. Was awful for the longest time, got a lot better for awhile, but has been backsliding again.  Prone to riots and drunks who think they are invincible when the chips are up, but turn into crying, self-loathing lushes if the night falls apart. 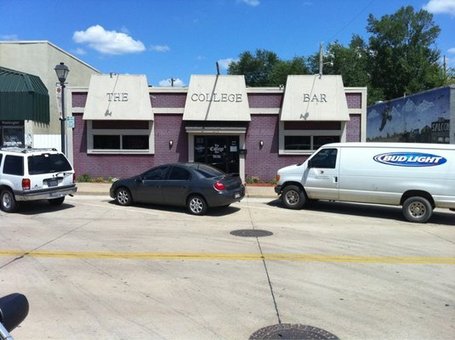 Missouri/The College Bar - 319 S. Washington St.  This place tried to leave "The Strip" a few years back, but has remained because it realized it wouldn’t survive elsewhere.  Full of snooty, pretentious types, this arty-type bar does feature a decent beer selection, but one will cost you $9, and frankly, the atmosphere isn’t worth it.

Texas Tech/Dirty's Tavern - DEFUNCT Smelly, unclean (guess there IS truth in advertising), and full of hoods, hoodrats, and hooligans.  Any girl you take home will be guaranteed to give you a hearty dose of the clap, and all the watered down drinks you'll have had at "DT's" will not help the fact that she won’t be all that pretty to begin with.  A bad mix of townie dropouts, teenagers with fakes, and the homeless, this barren wasteland is only for those who couldn't get in anywhere else.  Author’s note:  Dirty’s did us all a favor and wiped itself off the map; you taking notes Tech/Lubbock?

Iowa State/The Ice House - 6817 E. 6th Avenue  A dive bar in the most traditional sense of the word, and self-embracing of that fact.  Not many people have heard of this bar, much less been there, but it is rumored to have pretty good roadhouse type food, loud music, a dedicated following, and some wild times.

Oklahoma/The Blue Room - DEFUNCT, Now Stumbley's- 116 S. Main  No self-respecting OSU student or alum has ever gone there willingly, and for good reason.  None of the regulars of this bar have ever set foot in a college classroom and they like it that way.  Really, the entire depressing bar plays like a microcosm of "Sooner Nation". There are: non-students/alumni that are openly hateful and jealous, mouth breathing mongrels who think nothing of drinking in a dank barroom at 10:00 a.m., and raging hopheads that drink as though to kill the nagging suspicion that their lives are meaningless.  Friends don’t let friends go to The Blue Room.  Author’s note:  The Blue Room no longer exists. Wish we could say the same for OU.  It is now under new ownership and called Stumbley’s, and has been completely renovated for the live music crowd.

Texas/The Tumbleweed Ballroom - Lakeview and Country Club Rd.  Big, loud, storied, and popular with rednecks.  Last year was horrible for this normally over-performing bar, as The Tumbleweed lost its liquor license and fell flat on its face.  However, a new business partnership has promised to either make this watering hole the most profitable in town, or ruin it altogether.

Baylor/George's Stables - 502 W. Elm Ave.  Sorry ladies and gentlemen, no liquor available here, only low point beer.  "The Stables" is a good bar to go and curl up with a Bible.  A small, private place in the same area as two other major bars, "The Stables" has some good pool tables, but no dance floor.  Like Baylor itself, dancing will not be tolerated here.

Texas A&M/The Stonewall - 115 S. Knoblock  Cultish and weird, full of zealots and militant loners.   Be prepared to stand up the whole night, as seating at The Stonewall is limited.  Not only are dogs allowed inside The Stonewall, they will be given "5-Star General" status at the door. 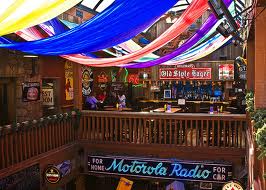 Oklahoma State/Eskimo Joe's - 501 S. Elm St.  Like the culture of OSU, Eskimo Joe’s is founded on all the things that make America great: Cold beer, football, pretty ladies, high caloric intake, and good times.  Though it is sometimes discredited as just a flashy burger joint with t-shirts, Eskimo Joe’s has proven that it will stand the test of time with its ability to leave a smile on your face.


Yachoff hopes he hasn’t given off the impression that Stillwater has nine mediocre bars and one awesome one the same way the Big 12 has only one awesome school (OSU, for those not paying attention).  That would be false.  The Stonewall was a personal favorite of mine, as was the old College Bar, and The Stables.  Each Stillwater bar has its strengths and weaknesses, just as each Big 12 school has their own.  But it is the rich individual character of each member institution coming together that makes the Big 12 as awesome as a plate of Bacon Cheese Fries.  Next time you are in Stillwater, use this handy guide, or decide for yourself which bar (don’t worry, the two really crappy ones are now gone) you like the best.