Sooooo, I kinda dropped the ball here. I failed to go over the TCU series, and totally forgot about Ohio State being midweek (my bad, I know, but I will make it up to you), so this is going to be all 3 in 1 package. There has been a lot of Cowboy baseball since last Friday, having played 5 games so far with 3 this weekend. Last weekend saw the Cowboys take the first game against TCU in dominate fashion, then proceeded to drop the next two. Friday saw Poke pitcher Mike Strong continue his great season, going 6.2 innings and only allowing 1 run and 4 hits. The Cowboys managed 6 runs off 13 hits, four of those by Hunter Bailey, and took the contest 6-2. Saturday did not go nearly as well, as Brad Propst allowed 6 runs on 8 hits, and fell to 7-3 on the year. He did have a season high 6 strikeouts, but could not overcome great TCU hitting, which opened the game with 4 straight hits, and the Cowboys fell 3-10, and snapped a 3 game Allie P. winning streak. Sunday's contest came down to the last at bat in extra innings. After giving up the go ahead run with two outs in the top of the 10th innings, the Cowboys had both the tying and winning runs on base, but failed to convert, and fell 7-8. This marked the first time all season the Cowboys had lost a 3 game series at home. On the other side of the jump we'll get into some analysis of the TCU series, recap and analyze the Ohio State tilt, and preview the Baylor Bears.

One thing that has been both a constant and a killer for the Cowboys this season is men left on base. We left 8 on Sunday, and lost by one. We left 8 on as well Saturday, and lost by seven. Friday we won by 4, and still managed to leave 10 on base. That can't continue, that's runs off the board every time we leave that many on. Unfortunately it has been that way the entire season, but it doesn't mean it hurts less. Especially on days such as Saturday, when our pitchers are being roughed up, losing out on runs just buries you even farther in a hole. Now, while I was calling for us to sweep, and we didn't, it's important to remember TCU is a great baseball team, and this just gives us more experience for the post season, considering this is the caliber of opponent we are going to face. There were a few great plays this weekend, but none better than Mark Ginthers inside the park home run, which I will share with you now. Oh, the volume is loud, might wanna turn them work speakers down a notch.

Mark Ginther Inside the Park Home Run (via OSUathletics)

Wasn't that sweet? Now then, on to Ohio State. The Cowboys traveled to Columbus for a midweek pair against the Buckeyes (stupidest nickname in all of college sports? Nope, only 4th) of Ohio State. The Buckeyes are 21-21 on the year, and not very good. Luckily, we don't play great on the road (just kidding, kinda). On Tuesday, however, we did play great, routing theotherOSU 16-3, in what is technically an ass whipping (it's in the official NCAA stat book, look it up). The Cowboy onslaught was was merciless, as the Pokes racked up 20 hits, 8 of the starting 9 having multiple hits, and scored in all but one inning. Jared Womack led the charge, going 2 for 4 and massing 6 RBI's (most by an OSU catcher since 2009 against Alabama in the Clemson regional). Andrew Heck earned the win for the Cowboys, allowing 3 runs on 5 hits in 6 innings. The win snapped a two game losing streak, and a 6 game road losing streak.

Wednesday's game was the complete opposite for the Cowboys, as they fell 2-3. Apparently we didn't save any offense for the second game, and we only managed 2 runs off 7 hits. It should be noted, that again men left on base killed us, as Ohio State only had 5 hits, but 3 runs. We left the tying run on in the top of the 9th, as well. Now, we still should have won the game, however, since we were up 2-0 going into the 7th, but allowed the Buckeyes to score all 2 runs that inning (off poor pitching and an error on Luis Uribe). The Buck's scored the winning run in the 8th inning, off of a walk, and good hitting by theotherOSU. Going into the top of the 9th we managed to get the tying run to second, but again couldn't convert hits to runs.

Losing midweek games usually pisses me off, but in this case it doesn't as much, considering we had to play 2 games instead of the normal one, and save our pitching for a Big 12 series this weekend. Also we play poorly on the road, so I'm okay with splitting the series. Now on to the Baylor preview.

This weekend the Cowboys of Oklahoma State welcome the Baylor Bears to Allie P. Reynolds stadium in our last home games of the season, and next to last Big 12 series. The Bears are 24-22 on the season, and 6th in the big 12 standings. The probable starters for Baylor are: Friday, Mike Strong vs. Logan Verrette; Saturday, Brad Propst vs. Josh Turley; and Sunday, Hunter Herrera vs. Brooks Pinckard. Verrette is a righty with a 5-4 record, and a 3.41 ERA. Turley, a lefty, is 2-4 on the season with a 4.13 ERA. Finally, Pinckard, a righty, is 4-2 on the year with a 3.86 ERA. As a team, the Bears are batting .271. They get most of their wins when they score around the 6 runs mark, and have outscored teams in the first inning this year 26-11. They rely on fast starts to help them hold on down the stretch, and have been outscored 16-34 in the 9th inning. They are 9-8 in true road games, almost double their 5-12 road record from a year ago. The Bears are 11-15 all time in Stillwater, with their last series win coming in 2003. The Bears have come from behind to win 10 times so far this season, so it will be important to keep on them even with a lead.

OSU coach Frank Anderson is 6 wins away from 300 (all as head coach of Oklahoma State), and should look to add 3 more this weekend. We play much better at home, and, no offense to Baylor, but they are not nearly as good as TCU. These are the final home games for OSU this year, (outside of the NCAA's, but after last weekend I don't think we will be hosting), so the players will be looking to put on a good show for the fans.I think we have both the tools and the talent to sweep the Bears, and doing so would help us look up 3rd place. So, I guess I'm calling for a sweep again. Again, sorry for screwing up this week, I don't even have school as an excuse anymore.

Go Pokes, and, for good measure, 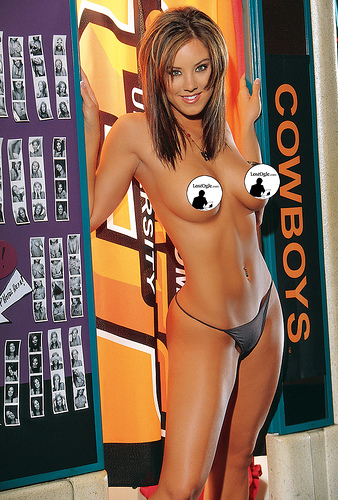