Who is the "Craziest" Oklahoma State Football Coach?

Share All sharing options for: Who is the "Craziest" Oklahoma State Football Coach?

After watching that video of The Hat playing basketball with his kids, I sat back and thought, "man that guy was/is crazy". I breathed easy as there was briefly an "I am sure glad we don't have to put up with those shenanigans anymore" tone to my thoughts before I quickly realized that we are fresh off the Dana Holgorsen tenure who may out-crazy Mr Miles.  Honestly, if right now you asked any college football fan to name the two most insane current head coaches, I have no doubt that 90+% of the results would be former Cowboy coaches Les and Dana (also, effeminate first names may have something to do with it). 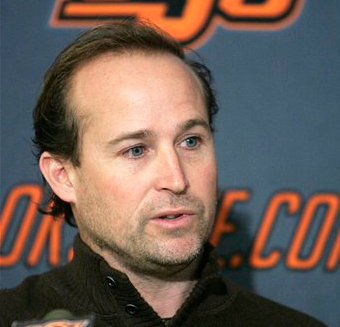 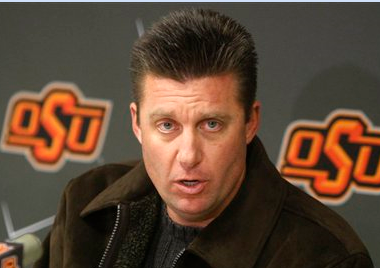 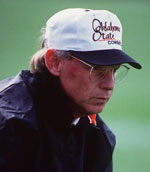 With Stillwater proving to be such a hotbed of insane coaches I am sure I am either forgetting, or am too young to remember, someone who is up there with this Mt Rushmore of Oklahoma State coaching bat-shit-crazyness. Let me know if I am.

Then... who is the craziest out of the whole bunch?  I think I have to put The Hat in as the one seed right now, but Dana is just getting started so he could be positioning himself to pass Les in a few years. Gundy really only has a shitty/great haircut and had one insane moment, and Pat is more of the standard "crazy old codger" type at this point, and he has an annoying voice.  In my opinion, neither of these guys seem to have put forth repeated incidents of lunacy like the top 2 have. But what do you think?