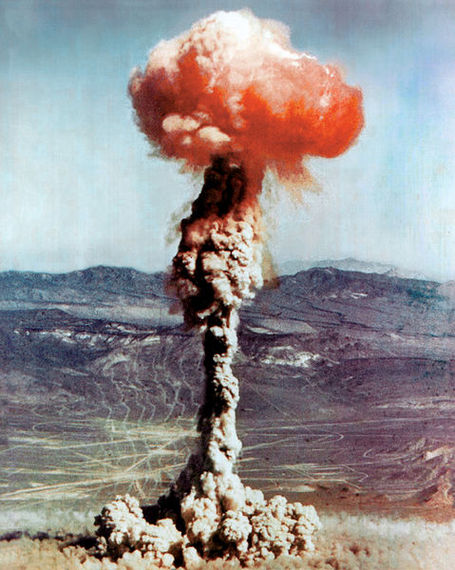 As is the case with all apocalypses, it happened without warning, and changed the entire landscape in an instant. One minute revenue sharing, TV deals, and horrible division names were being discussed, the next minute..... nothing. Conference offices were left with no schools to work with, standings and schedules became works of fiction, and the conferences were left with nothing. Not a single team. Not even Baylor.

With a suddenness that was only matched in shock value by its unfathomable-ness, no one could have predicted the simultaneous secession of every school, from every NCAA conference, in every sport. Hundreds of schools abandoning long standing ties for reasons that at this point still cannot be comprehended. Children wept - hell, old men wept - the air around every campus was filled with a potent mixture of uncertainty and distress that could almost be tasted when inhaled. Simply put, in a single moment, the landscape of college athletics was completely destroyed.... but, as is the case with all great beings when they have been knocked down, in it's next next moment, the conferences were ready for a rebirth.

And that is what brings us here today, to re-build this burned down empire. Thanks to the blessings of the blog-Gods, select SB Nation bloggers have been tasked with re-drafting the six BCS-AQ conferences. The starting point is: nothing. Only a blank slate of hundreds of schools to select from. The only expectations of the blogger who will be selecting schools for their conference will be to create their idea of the best possible conference based on revenue, prestige, approval, and any other factors they deem appropriate for conference building.  These six beasts will be resurrected in the image of those who love them best, and the empire that is college athletics will return stronger, more pure, and closer to perfection than the system before it that was unceremoniously burned to the ground.

For all the ground rules on the re-draft, check out the next post.