It is time to check in with the Big 12 Program's Conference Realignment Motivation Scale to see where everyone is. Quadrant charts for everyone! 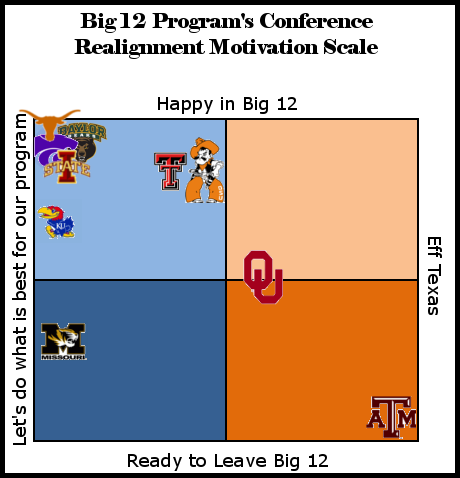 With the recent rumbling to potentially move a 2nd game to the LHN, and that game possibly being Tech or Oklahoma State, those 2 programs have slid a little closer towards the "Eff Texas" side of things, however both are still on the "Let's do whats best for us" side of the aisle, just creeping a little closer to the middle.

Even more movement has occurred over the last few days with the explosion of anger from A&M, and the grumblings from OU over the LHN showing potential Texas recruits games on on their network. Both programs have made pretty big moves toward the "Ready to Leave Big 12" and "Eff Texas" side of the graph, with A&M claiming the hate-filled bottom right corner that was recently vacated by Nebraska.

Here is the scale from June for reference: 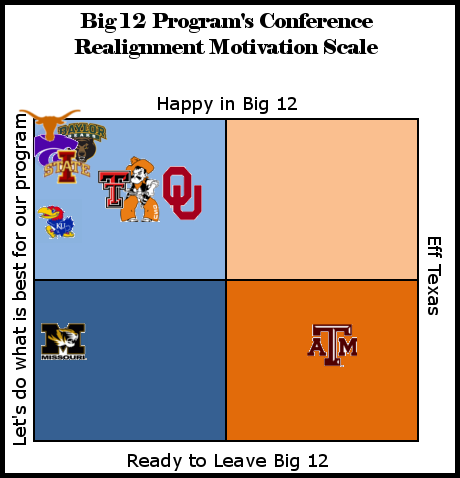 And just for fun, let's look at where the scale stood in June of 2010: 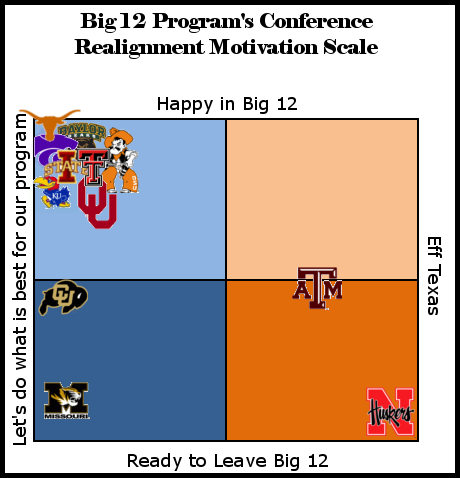 Obviously there has been massive movement since the Summer of 2010, with Mizzou being the only program that has actually slid up or to the left at all.  Everyone else has either stayed in place, slid right and down, or exited the conference.