So, having already played golf, had a lap dance or two, and gotten drunk, you're thinking that this has been the best trip ever (thanks mostly to Part One of the Guide). But now comes gameday, and we're going to push your trip over the top. Like any college town, there are things that you should know, and then there are things that you must know, to have an enjoyable gameday experience. I'm going to start w/ the pregame, as in the pre-tailgating (though some people cook breakfast at their tailgate). Now, if the game is a day game, you should skip directly to the tailgating section, as you need to maximize your time there.

First things first, it's time to find a place to park. For those of you from other schools, it's important to note that every good spot is reserved. All the parking lots near the stadium are what we call "Posse" Parking, as in you need a sticker to park there (hough getting a sticker is easy, if you have an extra $15,000 to donate to Oklahoma State. Seriously, $15 stacks to get good parking here. We're kind of a big deal.). What I recommend for you is to get a taxi from your hotel. If you want to have your car nearby you can find parking for around $20 fairly close to the stadium, but you'll be parking in private yards. I don't advise this though, as the people are trying to make a buck, and will jam you the hell in there. It's easy to be stuck in a backyard all night if the person in front of you doesn't move. At the Hastings (1 block away) you can pay $30 and be guaranteed not trapped in. There is also some free parking lots that OSU controls, but they are several blocks away. Check this handy OSU Parking Guide (.pdf, but a small one) and it will show you where you can and can't park. If you look at that, you will see purple stars showing overflow. This is where most visiting schools congregate (especially OU, it look's like a refugee camp there when they show up) and where you can be sure to find parking. Your vehicle may be vandalized, but hey, that's life. Now then, depending on when you get here and what time the game is, it's time to eat. 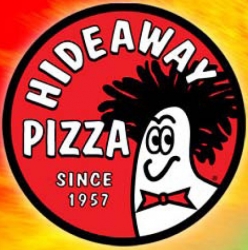 You have several options within walking distance of campus to eat. Starting to the south with the Strip, you have Pita Pit, Coney Island, McDonald's, Subway, (though there is a Subway about 15 feet of campus on the east side) and a couple sidewalk venders. A block over (to the east) and you have Wendy's, KFC, Charlies Chicken, Quizno's, and Mazios Pizza. Near the Alumni Center you have the best thing Stillwater has going, the original Hideaway Pizza. This is always where I eat before a game. Amazing pizza, but the best thing there is their fried mushrooms. They are honestly the best I've ever had. Get there early however, as the place will be packed. Moving a block to the north and there is a Subway, a Qdoba, and Eskimo Joes. Now, there are plenty of other options around, and to find those see Part One. For a drink you have a plethora of options. Eskimo Joes has a full bar, and is across the street from Georges Stables. A block from Joes is the Stonewall, which has the best beer selection of any bar in Stillwater. On the Strip you have the College Bar, J.R. Murphy's (where you will find the most TV's and pool tables), Willies Saloon, The Copper Penny (Go in and get a limey. No, seriously, do that. Then thank me), The Crosseyed Cricket (yes, that is the worst bar name ever) and finally the new bar, Outlaws. Outside of Joes there will be about 12 beer venders, selling along the sidewalk. That's usually what I do, buy about 4 tallboys and head over to the tailgates, but you have options to suite your style. Now would be a good time to mention the open container laws, as we do have them. In Stillwater it is technically illegal to walk around town with an open container. But, on gamedays, these laws are a bit relaxed, especially on campus. The best way to avoid trouble is to have a koozie, and to not walk around with bottles of liquor (that's how I scored my first public intox ticket).

Remember that map I put up a few lines earlier? Well look at that. Wherever you see a Posse star, there will be prime tailgating. For the most part people are very hospitable, and will treat even OU fan's decently (Unless you're the dickhead OU fan who runs around screaming boomer sooner at the top of his lungs like some high school freshman playing the penis game. I hope you get your ass beat ya dick, you are the reason the world sucks.). I'm not actually going to tell you where I personally tailgate, because I'm that asshole who will try to make your time here miserable (kidding, I just don't want to share my beer). I would estimate that 40% of all tailgates have TV's up and whatever big game is happening at the time on. This is a great way to get an "in". Start by asking the score, then try and strike up a conversation about the game. After some small talk introduce yourself, and by then you'll probably have a beer in your hand. If you're shy, there is plenty of beer to be purchased over by Joes, as well as a jumbo TV showing football. You can find another huge TV on the north side of the stadium, but there is no shade there, and not much place to sit.

Before we go any further it's time for Royal John's Top 5 Tailgating Drinks:

5. Keystone Light: Reminds me of a Taiwanese prostitute; it may not be the best quality but it's cheap and it gets the job done.
4. $2 Whiskey and Coke specials at Stonewall: Have you ever started walking from your tailgate to BPS for the game and felt like you weren't stumbling enough? Stop into Stonewall on your way and have a few of these gems before making your way into the stadium.
3. Any promotional beer in an Orange can: Damn you, Bud Light. I knew exactly what you were doing when you dressed your sub-par beer in my favorite team's school colors. I still fell for your ploy--hook, line, and sinker. Let's face it. Everything is better in orange. Even shitty beer.
2. Limey at Copper Penny: If you haven't had this wonderful concoction, I suggest you do so immediately. You don't taste the alcohol but you know it's there. How do you know? Because you just watched the bartender hold the vodka bottle upside down for five seconds letting its alcoholic goodness fill up your 32 oz cup.
1. Camo 40 Ice: Nothing says "Successful tailgate" like a three dollar 40 oz malt liquor beverage that has 9% alcohol. Does it taste good? Hell no. But if you have the manhood to drink two of these, you'll be set for your entire pregame experience.

A solid list, no doubt (I told you, Limey's are legit). I would have to add Pabst Blue Ribbon and Shiner Bock (for our Arizona friends, if you don't have Shiner Bock in your state you must try this. And then take a few cases home) to the list, and if you don't believe him about the Camo Ice see my profile image. Right about now you should be mostly drunk and ready to see some football, but in an effort to keep these posts a bit shorter (Yes, even I was shocked to learn that not many people want to read 4,000 words of my rambling.) I'm going to stop here and get to the stadium experience and post game in my next post. If you have any specific questions ask away in the comments section. As always,