Share All sharing options for: Why The Oklahoma State Cowboy Football Team Could Go 7-5 (Devil's Advocate) 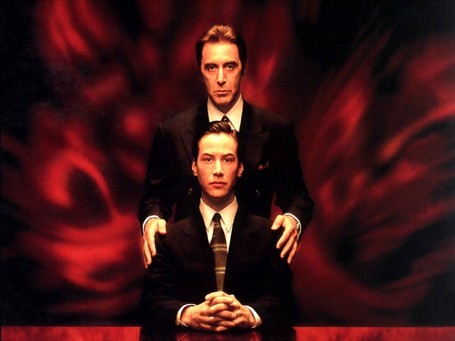 How is that for a controversial title?

The nature of college athletics is that a team will average around 25% personnel turnover each season, then another small bit of coaching or administrative turnover, and preseason expectations are made based on the 75% of the product that is returning, and how the new 25% will mesh. Every college football pre-season these facets are weighed and it always plays out the same way among homer fans/blogs/message boards.... barring massive important personnel turnover, improvement over last season is assumed. It is assumed that the returning starters and lettermen will take a step forward with another year of experience under their belts, it is assumed that where personnel were lost that the backups were ready to step in anyway, and the main overall assumption, it is assumed that the unknown factors will work out in your team's favor.

We are as homer as it gets here at CRFF. We assume that Todd will easily be able to replace everything Dana did on the field and in the casino, that Orie Lemon is replaceable, that the defense has no where to go but up, so naturally, they will go up, etc, etc. Well I wanted to take a post to look at the other side of things.  To take the unknown factors around the Cowboy team and assume they don't work out in our favor.  To see what could happen to bring this team down to the level where we thought they would never be again.... 7 wins and a Pinstripe Bowl appearance.  So without further unnecessary buildup.... here is a list of factors that could cause a step back from last season (in no particular order):

Disclaimer: This isn't really about the Cowboys going exactly 7-5, it is more just a look at the factors that could lead to a worse than expected season.... and it is meant to piss Royal off.

What if Dana Holgorsen really was the power behind the offense?
Let's start with the most publicized one.  Sure Dana made some questionable playcalls in some close games, especially when protecting a late lead, but it is really hard to argue with a top 3 offense. I realize that he was unconventional and to many his departure was welcome and is expected to give a boost to a tired defense, but there is a reason that everywhere Dana has gone has seen a sharp improvement on offense and overall team record upon his arrival. Dana commands respect and fear from opposing defensive coordinators. Entire gameplans are developed around what crazy things Dana might do. Now that the respect and fear is somewhat diminished, defenses will try to force their gameplan on the Oklahoma State offense instead of the other way around.  Maybe this will work out in the Pokes favor, but in keeping with the theme of this post, maybe it won't.

What if The loss of Dan Bailey hurts the kicking game?
I really haven't seen this mentioned anywhere. We all do remember that Dan won the Groza award last year right?  That he was considered to be the best place-kicker in the nation? I know we all love Quinn, and we love Bobby Stonebraker's name, but there is a reason Dan was the place kicker last season, he was the most talented of the group.  Field goal kicking is a bit of a wildcard as often times entire months go by without it even being an issue, but let's say this offense can't put it in the endzone as easily as last season due to issue #1 above, then it stands to reason that the kicking game becomes that much more important.  And if that is the case, then I can't see it helping the team to have lost the best kicker in the nation.

What if the Defensive Line takes a step back?
Losing the 2 starting DT's is somewhat of a big deal, but the way they rotated them in last season it shouldn't be too difficult to replace the top 2, and the loss of Ugo Chinasa is a blow as well... but I think the main concern with the line is that given the losses mentioned, how will they take a step forward? How will they improve upon a pass rush that most times required an extra rusher or two to get pressure last season? Perhaps Richetti Jones is finally 100% and hopefully everyone else stays healthy because the depth isn't that deep, but given all the losses, I would say that a reasonable level of expectation of this unit would be to take a slight step back from last season.  Which means opposing teams in passing situations are once again going to see plenty of 6 second pocket time for QBs, or extra blitzers from the Pokes leaving holes in the secondary.

What if the Linebackers are thinking too much?
Call me a pessimist, but not knowing who will be starting at 2 of the 3 LB spots a week before the first game isn't a sign of too much talent, it is a sign of inexperience.  Physically, Caleb Lavey, Tyler Johnson, Alex Elkins, Joe Mitchell, and Kris Catlin are all good to go, but the linebacker position isn't just played with athleticism.  It is a very instinctual position where a tenth-of-a-second of "thinking" time is the difference between a stop and James Hanna out-jogging everyone to the endzone (that hurt to type... sorry for making you read that sentence)

What if the loss of Kendall Hunter is a bigger deal than we think it is?
Maybe Joe, Jeremy, and Herschel can replace all the things Kendall did, but then again, since this is a listing of the unknowns that could come back to bite us, maybe they can't. The main thing I would worry about replacing was Kendall's excellent pass blocking skills as I think we have seen enough evidence of Joe and Jeremy's running talents to know they can handle that part of the job. But let's not forget that Kendall's amazing ability to not only see blitzing linebackers, but to handle them one-on-one was as much of a reason for the low sack totals last season as anything else.

What if the Road Schedule proves too daunting?
@A&M, @Texas, @Mizzou, @Texas Tech.  You never know how the season will unfold, but right now the Pokes would only be favored in one of those games, and it would be as a slight favorite.

What if the Pokes aren't as fortunate as last season?
Last season was fairly lucky. Sure, to some extent you make your own luck, but last season the ball bounced the Pokes way much more often than it did not.

In all, the bad luck column are pretty small things, while the good luck was very good. And yes, plenty of this luck was generated by hustle and solid play, but sometimes, in spite of sound play, things just don't work out for you.  This was not the case last season, but it could happen this season.

Well that was a boner-killer of a post wasn't it?  Keep in mind here, I am not saying all these things will affect the Cowboys negatively, just that the potential is out there for it to happen.  Hell, the counter-argument can be made that if all these things work out the Pokes are 12-0. Odds are, some of these factors work out in the Pokes favor, and some do not, and the determination of how the season turns out will hinge on how many factors swing each way.

ps. this post will serve as proof that we aren't ragingly insane homers and we will link to it when accused of such.