Whittling Away the BYE Week

Share All sharing options for: Whittling Away the BYE Week

Hello, sports fans! This Saturday, the Cowboys get a well deserved rest while Cowboy fans have the tedium of watching K-State and Baylor battle for third place. Watching the Sooners pulverize Ball State will be fun only for the special breed of Sooner who is both living vicariously through their team, *and can afford Pay-Per-View. The highlight Saturday for Yachoff is Texas visiting Ames. Both miraculously unbeaten, Texas can't afford to lose against a perceived bottom feeder going into the Cotton. But football in Ames can get weird, weirder than Austin sometimes, especially as pre-game ISU revelers have been known to cause Natural Light trucks to jackknife out on I-35, the driver mangled and his cargo gone.

So to kill the boredom of your "no Cowboy football weekend", here are some whittled gourds. Ladies and Gentlemen, Garth Brooks: 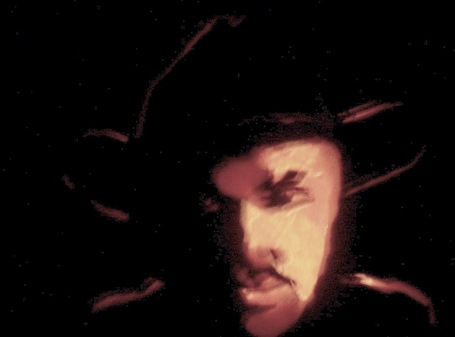 Our Dying Allegiance to the Garth Immortalized Forever in Light

Now, if the slippery slope of Phantom Pete continues, or if Mike Leach ever becomes a part of the coaching staff, this next pumpkin is the logo we have to look forward to. As a Halloween thing, it works. As a mascot, there would be a great gnashing of teeth amongst the OSU faithful. This is actually taken from an "All-American Rejects" concert poster, a band from Stillwater that no one in Stillwater will admit to liking. Here is "Creepy Pete": 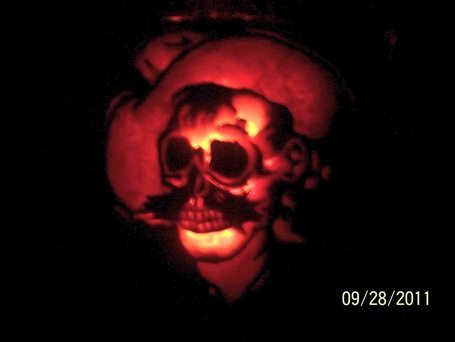 CREEPY PETE IS ALREADY IN THE HOUSE WITH YOU

The last Pumpkin for today is also Yachoff's first piece of commissioned art. Some KU friends of mine saw what Yachoff was doing and asked if a KU-inspired pumpkin could be carved for their home. They gave Yachoff no perimeters, and unwisely, Yachoff forgot to ask for the money up-front. They were not pleased with the final product, and refused to put my pumpkin anywhere near their front porch. These Jaysquawks called me a charlatan, a "no-basketball appreciating baffoon", and then they mocked my lifechoice to live near hills. Oh well, since we play KU in 8 days, this last pumpkin will at least be (semi) topical: 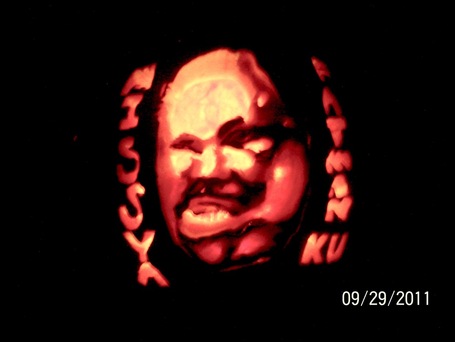 Yachoff Had To Have This XXL Pumpkin Special Ordered

Okay, so Yachoff has blown his "Pumpkin wad" for awhile, and it's not even October yet. Here is where you come in. Vote for one of three iconic OSU images, and IT SHALL BE CARVED. Or give me more ideas in the comments. And thanks for all of your compliments on the previous carvings.