Share All sharing options for: Brandon Weeden's Official Scouting Report for NFL GM's with a Brain 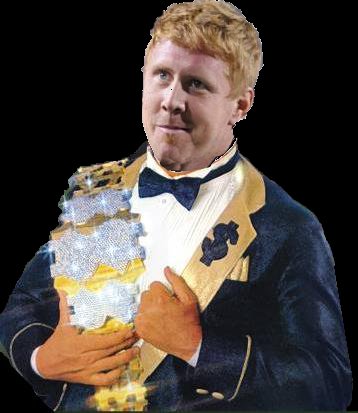 But that doesn't mean he should be rooked out of any money or taken past the first round. I honestly can't believe some of the guys that are projected ahead of him right now. I'll accept Andrew Luck, even though we beat him (and Weeden out dual-ed him) Ryan Tannehill wears lipstick and was picked off multiple times by ESPN's worst defense in the country. I suppose there are some that would take RG3 over Weeden, but not me. The times I saw him play in Stillwater he looked, um, less than Heisman caliber.

Nick Foles was the third best QB in the Pac-12 and our defense shut him down twice. Brock Osweiler didn't even start for his team in 2010 (oh and he plays for Arizona State, but I won't go there). Ryan Lindley finished his career with a 52% completion rate AT SAN DIEGO STATE!

Next, you're gonna have to get over the fact that he's 28. Now to help with this, we've come up with 28 Modernities Older Than Brandon Weeden. So yeah, it's not that big of a deal. I really don't think any GM with a brain is going to look at these other spares and think otherwise.

But if you need a little more, look what the scouts are saying about him as he prepares for the Senior Bowl.

@MikeJonesWaPo Mike Jones It's early in the practice but Foles again appears to be struggling. A lot of throws behind WRs. Weeden in much better rhythm.

@joelabarker Joel Barker Oklahoma State's Brandon Weeden is the best QB here and it's not even close.

@JoshNorris Josh Norris And expect much of the same from yesterday with with QBs: Weeden on target with touch, Foles uncoordinated but velocity, Lindley low.

@ShanePHallam Shane P. Hallam Brandon Weeden is legit. On the money with deep passes. Coaches helping him with footwork. Making me a believer. #seniorbowl

@OptimumScouting Eric Galko I was at the Shrine Game last week, Senior Bowl last year, and of all those QBs, NONE were as in rhythm w/ WRs naturally as Brandon Weeden.

@granthpaulsen Grant Paulsen By week's end Brandon Weeden may be the highest regarded QB at #SeniorBowl. Problem? He is as old or older than 21 current NFL starting QBs.

@ryanlownes Ryan Lownes @ShanePHallam I'm in the minority, but if I need a QB in Round 1 (after Luck/Griffin) -I'm taking a very long look at Brandon Weeden.

And then there is this little update from Todd McShay.

Of all the South quarterbacks today, Weeden looked the best. He was crisp on his throws and displayed some of the best accuracy all day. Even Weeden’s arm strength was impressive with a number of throws audibly being heard hitting receivers. He definitely has a great command of the huddle and doesn’t appear to have any difficulty making the tough throws, like the deep outs, the slants, the flag routes or even taking the edge off on touch passes. A great start for Weeden thus far and if he keeps this up, people are going to start downplaying his age instead of blowing it out of proportion.

And if you're still looking for a reason to draft him...He's immune to alien abduction. At least from what we've gathered in the two years we've covered him. 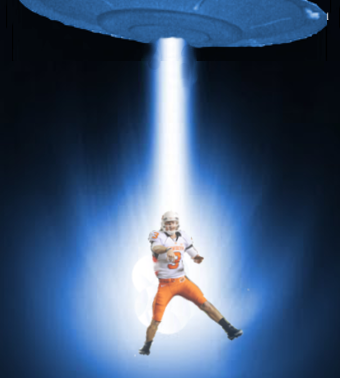