Share All sharing options for: 2011-'12 Cowboy Football: The Year in Photoshop

We've all just been let off the craziest, most satisfying, tensest, most electrifying mechanical bull ride of a Cowboy football season ever. To quantify this seasons uniqueness, look at what fans have had to put up with:

We the fans have seen OSU wear gray uniforms that confound even the least traditional among us. However, we are in unanimous agreement that the matte black is awesome.

We the fans have stayed up watching football until 3:30a.m., swigging a mixture of Dayquil and Vanilla Extract because the beer ran out somewhere during the 1:30a.m. halftime show.

We the fans have seen rushing yards pile up on our "110th ranked defense" until the earth literally quaked, only to win (or lose to ISU) by the skin of our teeth on field goals, missed field goals, and intentional safeties.

We the fans have stormed the field and had the field stormed upon our team because of being beaten, which is somewhat miraculous in itself; nobody around the CRFF offices could ever remember that happening before this season.

So let's take a chronological look back on this mercurial season with some pictures Yachoff doctored just enough that CRFF never has to worry about being sued for copyright, defamation, or copyright defamation. 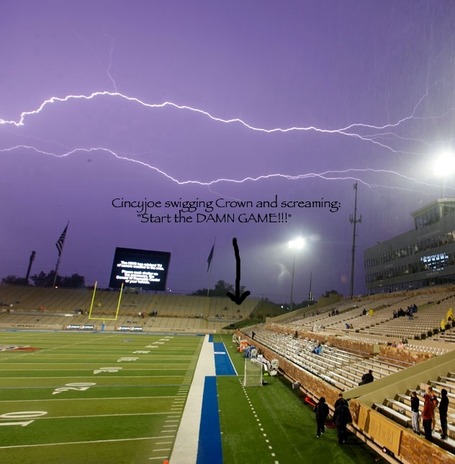 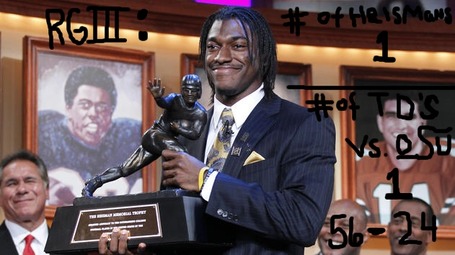 "Dying at the Wrong OSU": 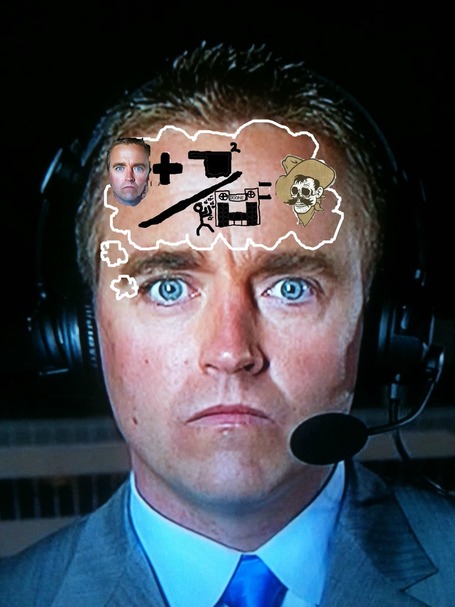 "More Injuries After the Game Than During" 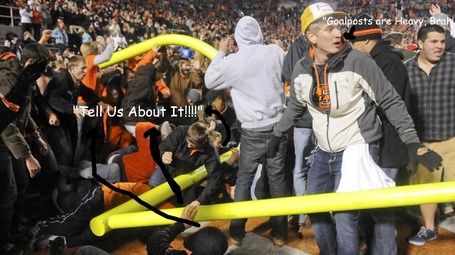 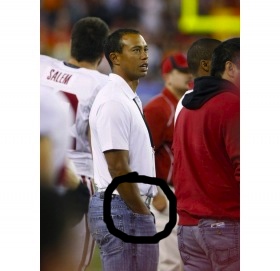