MOUNTAINEER Q&A: They love the Big 12, just not the mascots.

A mascot with a gun...very appropriate for the Big 12.

Share All sharing options for: MOUNTAINEER Q&A: They love the Big 12, just not the mascots.

Many thanks to our SB brothers at The Smoking Musket, and contributor Country Roads in particular, for taking the time to answer a few of my stupid questions about our upcoming tilt with the Red Bull Express. My apologies for not asking any good "Dana" questions, I guess I was too focused on football...and mascots...and couch burning...

You can find our responses to their much more articulate inquiry here.

1. It's been an up and down journey so far in the Big 12 for West Virginia. How has the fan base embraced the move from the Big East, and are you sensing a budding rivalry with anyone in particular?

Despite the more difficult sledding we've found the last three games, we are absolutely thrilled to be out of the Big East. Now, don't get me wrong, it's strange to not play Rutgers or Syracuse for the first time in a long time, and it's a shame the Backyard Brawl rivalry with Pitt had to end. And it kind of sucks to be on an island out here where we can't drive to road games quite as easily. But it's a heck of a lot more fun playing primetime games against ranked teams that most of the college football world knows and respects. Having to defend your conference schedule and treating every loss as a soul-crushing upset gets old after a while. Clearly we have some catching up to do competitively and it may take some time for our fans to re-adjust our expectations, but things in the Big 12 couldn't look better to most of our fans.

As for a budding rivalry, I think it's going to take some time before we know. I lump us in with you guys, Texas Tech, K-State and TCU (and maybe to a lesser extent Iowa State and Baylor) when it comes to the size and passion of our fan bases, so I could see something sparking up with any one of those schools. Rivalries seem to take time to develop when schools play a series of great games with a lot at stake. That kind of happened with WVU and Louisville when the Cardinals first joined the Big East, and I could see the same thing transpiring in the Big 12, I just don't know with whom yet. 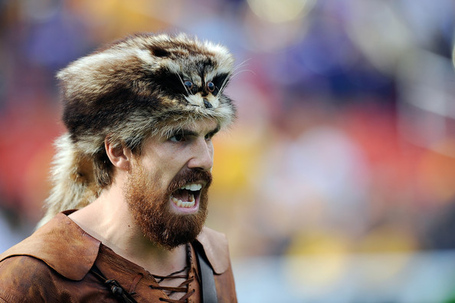 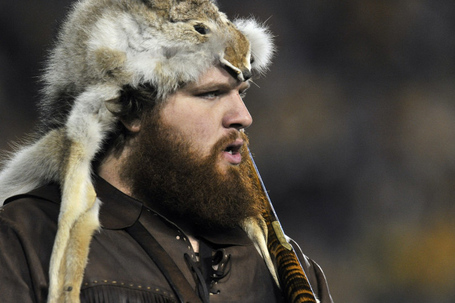 Now THIS is a version most of us could get behind...and also keeps good company... 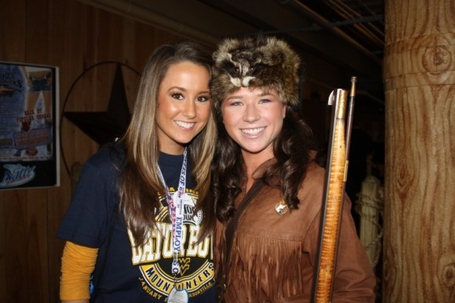