Iowa State needed a miraculous Scott Christopherson buzzer beater to beat the Cowboys in Ames back on January 18th. Markel Brown tweeted after the loss, apologizing to Cowboy fans and vowed to get them back at home. The Cowboys will have their shot at revenge tonight at 6pm Stillwater. The game will be televised on ESPN2. 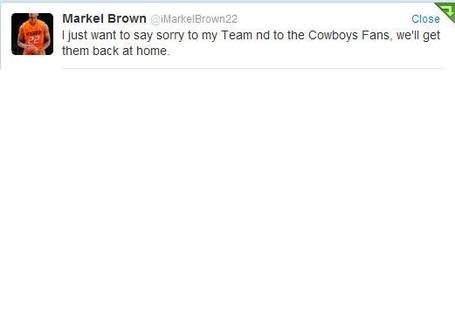 Tipoff is set for 6pm and will be televised on ESPN2.