Say it ain't so. It can't be true. You mean to tell me that Baylor's sudden rise in both men's and women's basketball wasn't completely clean and within the rules? Well according to reports, both programs are being investigated for multiple recruiting violations.

In other breaking news:

The sky is blue! 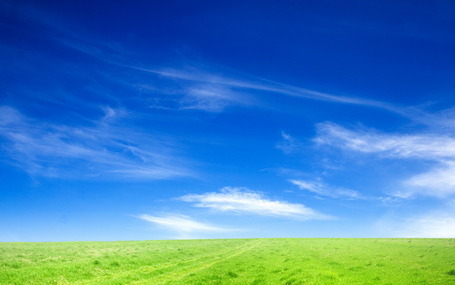 Man lands on the moon! 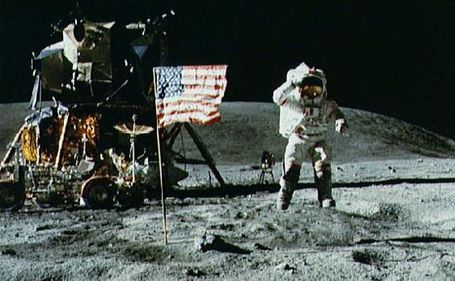 Britney Griner is a man! 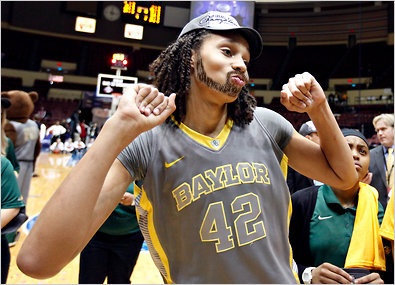 More juicy gossip that is absolutely true after the jump!

Now some sources do an adequate job of bringing you insider knowledge when news like this breaks. Here at CRFF though, we go the extra mile. With that said, we have learned that our own Samuel Bryant has been away for quite some time now acquiring secret tapes of the Baylor head coach, Scott Drew, and Satan negotiating terms for the success of the Baylor basketball program.

Here is an excerpt of one of the early conversations between the two:

Satan: "For Christ's sake, another Baylor basketball coach needs a favor?! Didn't I just help you guys cover up a player's murder a few years ago?!"

Scott Drew: "Well...yes. But now we need you to help make the program successful."

Satan: "You sure I can't just help cover up another scandal or something? I mean, getting Robert Griffin III the Heisman trophy is going to be difficult enough as it is in a couple of years--luckily, Craig "I love hookers until I don't love them" James owes me a favor--but what you're asking now is damn near impossible!"

Scott Drew: "Would an eternity's worth of Dr. Pepper change your mind?"

When informed that the NCAA was investigating the Baylor basketball programs, Satan had this to say:

"That lying bastard Scott Drew promised me Dr. Pepper for an eternity! Not Dr. Pepper for a few years and then replaced with shitty Dr. Pepper Ten for the remainder of the time! Have you ever tasted that crap?! I'd rather tongue punch Al Davis's rotting anus than take another drink of it! The deal is off!"

As more news about the Baylor infractions develops, CRFF will be here to deliver it.