Adding Championships? It's An Aggie Thing

Share All sharing options for: Adding Championships? It's An Aggie Thing

Well well well, they're at it again. It's not as if we didn't already have enough things to make fun Texas A&M, they've served us up another on a silve platter. As I'm sure you're all well aware, those lovable nut grabbers decided to do the SEC thing and add a few championships they didn't win. Did you know they won the Big 12 in 2010? I seem to remember OU and Nebraska playing in that years championship games, but hey, I drink. Anyway, here's what their stadium used to look like: 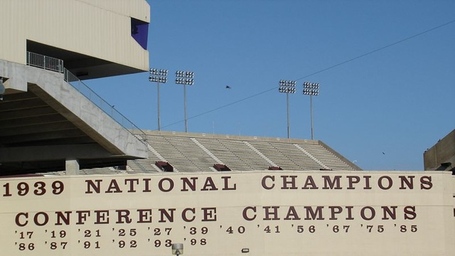 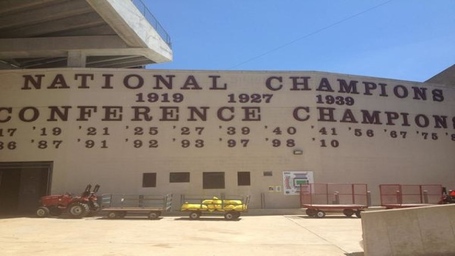 In my opinion that's the most pathetic thing I've ever seen (and I've seen Dusty Dvoracek's pro career). However, those are not the only changes they made, and some are very revealing. Follow the jump to see the other side of Kyle Field.... 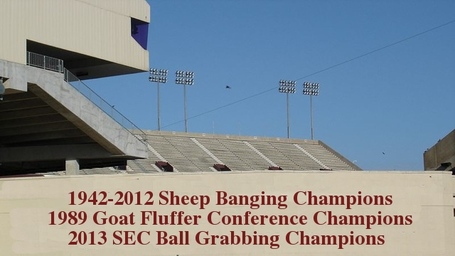 Well at least they were honest.