There is excitement in the air, the library fountain runs orange, “Do not look at the arc” signs litter frat house lawns, and there’s more tissue paper than Sooner fans used to dry their eyes last Saturday. It’s “America’s Greatest Homecoming Celebration”!

Share All sharing options for: Homecoming: Branding a Brighter Orange

This post was written in 2013, but we thought we'd move it back to the front page in honor of the nation's greatest homecoming celebration! 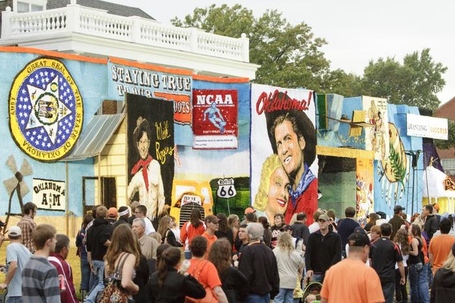 Oklahoma State Homecoming weekend kicks off with the Walkaround on Friday night at 5:30pm. A sea of orange at least 80,000 strong will flood the streets of Stillwater. The scent of corn dogs, and turkey legs will fill the air. Live music will be playing, and House Decorations will spring to life in an atmosphere only The Great State Fair can rival.

House decs are the star of the show. Every year fraternities and sororities pair off in a competition to turn chicken wire and tissue paper into enormous sculptures that tell a story. House Decs were not always the spectacle they are today. These awe inspiring masterpieces are a product of evolution dating back to the 1920’s when sororities would decorate their front doors for Homecoming. It wasn't until 1969 that the decorations began being judged, and today it is a very serious competition between the Greek houses. It involves months of planning, thousands of hours of labor, and everyone goes to great lengths to keep their plans secret. While House Decs are not unique to the Oklahoma State campus, nobody does it like the Pokes!

These elaborate works of art are created with steel tubing, chicken wire, and a process called pomping. Pomping is rolling tissue paper around a pencil and gluing it into a chicken wire frame. Think of a pomp as being a pixel in your TV screen, if your TV was the size of a two story house. The process is tedious, it is tiring, and every Greek member will tell you, it’s 100% worth it!

Every year there is a 24 hour, frenzied mad dash to finish the house decs before the deadline. All Night Pomp is a tradition all its own. During these early morning hours campus will be buzzing, not with the usual crowd leaving The Strip, but with students putting the finishing touches on their hard work. Pancakes and hot chocolate are easily accessible, and there is enough Red Bull to make Holgorsen proud. By the time the homecoming winners are announced during halftime of Saturday’s football game, sleep will become a precious commodity for most students

The Walkaround is a giant block party and there will be plenty to do. As you walk around and marvel at the creative ingenuity, be sure to visit the carnival put on by Delta Tau Delta, and the Beta Theta Pi’s annual Homecoming Concert. The Beta’s philanthropy concert always draws a crowd, and this year won’t disappoint as Charlie Worsham will be headlining. 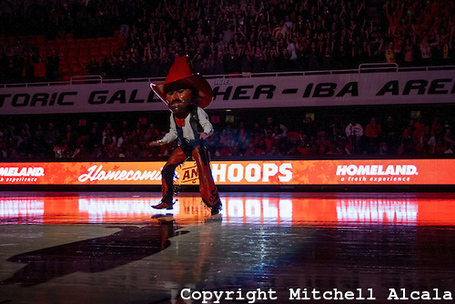 Lights will be flashing, music will be blasting, and Gallagher-Iba Arena will be rocking! The finale to Friday’s celebration is the seventh annual Homecoming and Hoops. Homecoming and Hoops is sponsored by Homeland and it’s free to attend. The Homecoming Spirit Rally and Basketball Bash all-in-one will tip off at 9:00pm, and doors will open at 7:30pm. Be sure to get there early, as it’s sure to be a packed house!

This year is particularly exciting as ESPN will be televising Marcus Smart and cast’s return to the hardwood! ESPNU will have live look-ins during their coverage of Midnight Madness. Midnight Madness is ESPN’s four hour tipoff to the basketball season. Homecoming and Hoops can also be streamed live on ESPN3.

It’s the unofficial start to the season, and there is a lot of excitement surrounding the preseason Big 12 co-favorites. Marcus Smart, Le’Bryan Nash, and Markel Brown will be in action! Come out and welcome them back, hear from Coach Ford, and meet newcomers, including highly touted recruit, Stevie Clark!

Both the Cowboy and Cowgirl basketball teams are nationally ranked, and Homecoming and Hoops is sure to be a show. You won’t want to miss it!

The Sea of Orange Parade 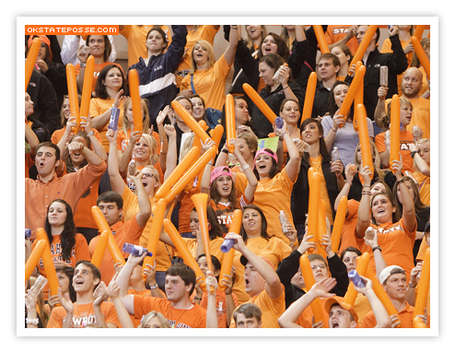 As dawn peaks through the morning sky, cowboys, cowgirls, and pokes alike will line the streets of Stillwater. Saturday’s Homecoming celebrations start off bright and early at 8:00am. The Sea of Orange Parade is a tradition dating all the way back to 1930. Families line the parade route to watch the floats, Cowboy Marching Band, bagpipe players, cheerleaders, Pistol Pete, Disney Characters, military vehicles, and many more wind their way through downtown. The Kappa Sigma Lawn Mower Drill Team is always a crowd favorite as they dance down the street with lawn equipment in a choreographed routine. Be sure to get there early to reserve your space!

As the parade winds down make your way over to The Walk. Coach Mike Gundy will lead the Cowboy Marching Band, Spirit Squad, and the team from the Student Union to Boone Pickens Stadium. It’s an exciting new tradition that started under Les Miles, and is now a fan favorite as tailgaters swarm to cheer on their Cowboys. The Walk is made special on Homecoming with the Hester Street Painting. Fans can come out Wednesday night at 5:30pm to paint encouraging messages for the players and coaches to read during The Walk. 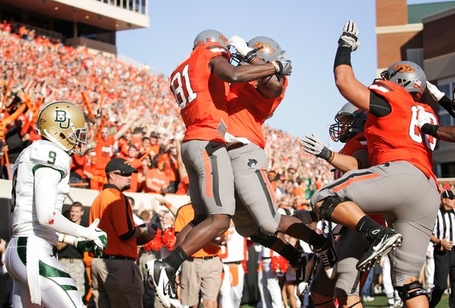 Homecoming is capped off with the football game at 11:00am against TCU. A rowdy crowd of about 60,000 will pack Boone Pickens Stadium, and the orange power chant will reverberate from North to South. Oklahoma State enjoys one of the best home field advantages in the nation and the excitement of homecoming makes it that much better.

"I always hated playing in Stillwater because the crowd is right on top of you. The fans sit right on top of the field. You turn around and there is a fan in your face" says Jackie Sherill, former Texas A&M coach.

The Horned Frogs joined the Big 12 in 2012, and this is the second straight year for TCU to come to Stillwater. Last year the Cowboys got down early before putting up 36 unanswered points to win 36-14. This year the Pokes are coming off a bye week and should be well prepared.

It’s sure to be another great game as J.W. Walsh and Mike Yurcich will have to decipher Gary Patterson’s 16th ranked defense. This is TCU’s strength, and that unit is ranked 30th in points allowed. Their offense, however, can have a hard time getting on the scoreboard and is ranked 80th in scoring. Ultimately OSU is the more balanced team from offense to defense, ranked 26th in both points for and points against. Expect OSU to come out on top of what has all the makings of a knockdown, drag out defensive battle.

History also favors Oklahoma State in this game. They have an all-time record of 12-9-2 against TCU, and Pistol Pete and company have an edge in homecoming games with an overall record of 49-35-7. The winning percentage gets even higher during the Gundy era. The Cowboys have won 5 of the last 6 homecoming games.

Oklahoma State Homecoming started in 1920, and today it has no equal. It stands alone as "America’s Greatest Homecoming".