LET'S GET THIS THING STARTED: 5 Reasons We Really Don't Like Baylor

There's a certain "ness" to those boys down in Waco that we just don't like. 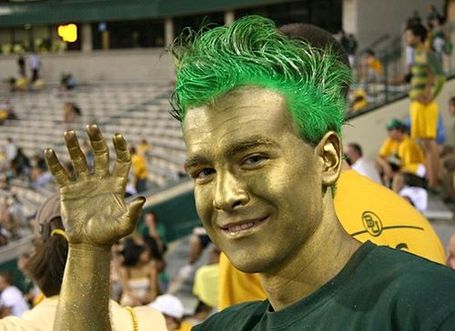 Everybody has had that moment when they meet an attractive person. Someone that they find desirable, maybeÂ enough to even take them on a few dates. Then it happens. Somebody significantly more attractive walks in theÂ room. And you completely forget about that mildly attractive person. I think at it's core, this is why we as OSU fans don't like Baylor.

1. See, Oklahoma State has enjoyed playing the darling of the Big 12. The hot little number that came to town, bringing top 3 offenses to the conference for the last 3 years. Only to see some new 40+ point offense come and steal the hearts of the college football world and 4 star receivers.

2.Â  Bob Griffin III took Brandon Weeden's Heisman. And he's terrible (when he plays OSU). Â I'm not so deluded to thinkÂ that had RG3 not won the Heisman, that Weeden would have (he wasn't invited). But itÂ really felt that way.

3. What the heck are top 10 basketball players going there for?? The prince of Valpo comes in after the program is tragically wiped out and now they're stealing Kansas and Duke's recruits? They do haveÂ this working for them butÂ come on.. Or the fact that they haven't won a conference championship since before their parents were born? The rich tradition in Waco Basketball: 1948 Championship Game attendee. (What closet was Hank Iba in when this happened? We owned the 40's)

4. In the lede I alluded to a "ness" that we just don't like.Â We see it in stuff like this. I find this intangible to be something associated with the likes ofÂ Oklahoma and Texas. It's why we like K-State and don't hate Iowa State. There's a down to earth nature about our fan bases and a conservative approach from the universities that we love about the state schools. I think aTm and Nebraska had/have this as well. BU, with it's new stadium, 5 star wide receivers, and their 49-19 Alamo Bowl Rings, are headed towards being a pretty toolish group of fans.

5. 47 yards with one functioning hamstring. While outrunning the fastest player on our team.

Lache Seastrunk 76-yd TD on One Leg (via nick pants)

Let me qualify this dislike: I wouldn't say this a dislike compared to OU. When we beat Baylor, we don't feel like an elephant quit sitting on our chest, it's like that fly that gets in your vehicle while you're driving that you can't get rid of, and it finally flies out the window after you risked your life multiple times going 75mph.

According to thisÂ OSU Fan Survey by @okcdave completedÂ before the start of this season, Â Baylor is tied forÂ least favorite B12 team with the University of Oklahoma and Texas Tech. Ouch. We like Baylor about as muchÂ as we likeÂ Kenny Stills' haircuts andÂ Jermaine Gresham crossing patterns.

Disclaimer: Secretly, I love that Baylor is in the B12. As a fan, it's enjoyable to develop rivalries and dislike the teams in your conference, and I certainly am growing in that respect toward the Waco Cubs.

ps: Can we get a river to flow by ourÂ brand new stadium? 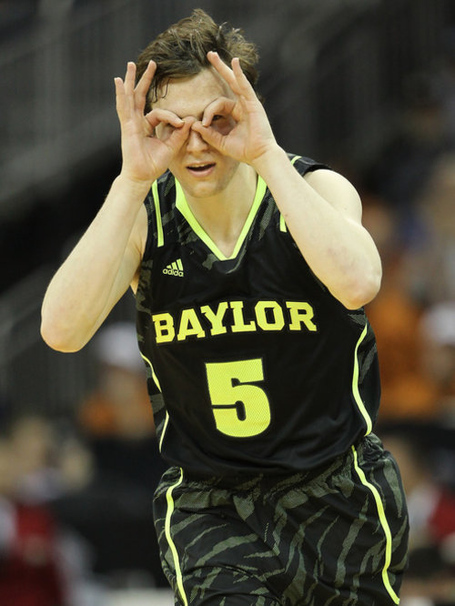