It was a cold drive back from the desert. CRFF was quite high (just off a Fiesta Bowl win over Stanford) and hungover from the 200 or so beers we had in Arizona. As the western sun began to set we realized where we were heading. Albuquerque.

Share All sharing options for: CRFF and Breaking Bad

Now for those of you that aren't fans of Breaking Bad, this probably means nothing. But if you've sat at the edge of your seat watching Walter White turn in to the animal that he's become, you'll appreciate the excitement that was building as we pulled in to the city.

After a few quick Google searches, we found the address and made our way to the White house. Unfortunately, there wasn't much going on that Sunday evening, but we saw it and we were able to snap a decent pic. As we made our way out of the neighborhood, the car was split between going to see the car wash and going to Los Pollos Hermanos.

We were hungry, so we chose the later. I think the shift manager got a kick out of us asking for Gus and then taking pictures of ourselves sitting at the booth waiting for him but it was fun. The food was OK. Not chicken. *Sidenote* If that was my restaurant I would have a chicken basket with Gus's face on the box and sell it for $9.99. 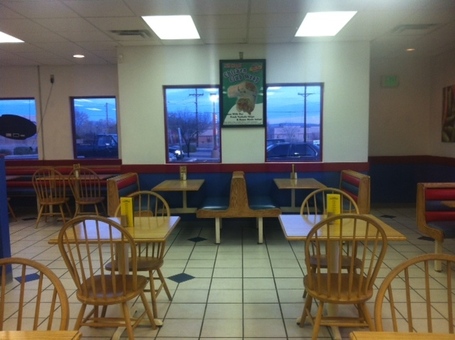 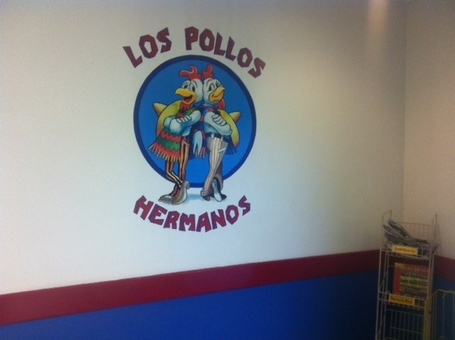 It started getting late and we had quite a ways to go before we were back to God's Country but we had to make one more stop while we were in the ABQ. We had to visit the home of Jesse Pinkman and find a raging party with a bunch of degenerates passed out on the lawn.  There weren't any degenerates, but we found the house - and made our way back to Oklahoma. 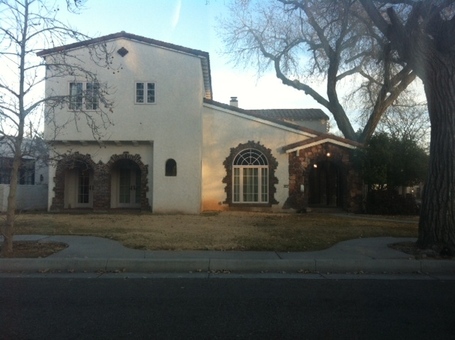 Now excuse me while I go get comfortable on the edge of my seat.